Jerry Falwell, Jr.’s Corruption at Liberty U. is Even Worse Than We Knew September 9, 2019 Hemant Mehta

Jerry Falwell, Jr.’s Corruption at Liberty U. is Even Worse Than We Knew

Another day, another reminder that Jerry Falwell, Jr. is the one of the sleaziest Christian leaders in the country.

We already knew about shady land dealings that benefit his special buddies, the latest one involving his personal trainer. We already knew that he overrides or censors the work of his student journalists if they write something he doesn’t like. And now we’re learning more about how he uses Liberty University as a way to funnel money to his side hustles.

Writing for POLITICO, Brandon Ambrosino (a former Liberty student) has the goods on even more of Falwell’s transactions.

No wonder Falwell loves Donald Trump so much. Grifters stick together.

One of the anecdotes Ambrosino writes about is one that’s not new: In 2014, he visited a Miami nightclub during a “business” trip with his son Trey and a family friend Robert Moon. There were photos taken by a third party showing the crowd in the club, and if you did a little Where’s Waldo-ing, you could spot the elder Falwell mixing it up in there.

That’s not a scandal in itself. But given that Liberty has rules against drinking and co-ed dancing, Falwell’s hypocrisy was on full display.

According to several people with direct knowledge of the situation, Falwell — the president of a conservative Christian college that frowns upon co-ed dancing (Liberty students can receive demerits if seen doing it) and prohibits alcohol use (for which students can be expelled) — was angry that photos of him clubbing made it up online. To remedy the situation, multiple Liberty staffers said Falwell went to John Gauger, whom they characterized as his “IT guy,” and asked him to downgrade the photos’ prominence on Google searches. Gauger did not respond to requests for comment.

Gauger is the same guy who later rigged polls in Trump’s favor early during the 2016 primaries. (Trump’s attorney Michael Cohen, in true fashion, didn’t pay him the full amount they had discussed earlier.)

That’s not the only instance of Falwell acting against “The Liberty Way”:

Longtime Liberty officials close to Falwell told me the university president has shown or texted his male confidants — including at least one employee who worked for him at Liberty — photos of his wife in provocative and sexual poses.

At Liberty, Falwell is “very, very vocal” about his “sex life,” in the words of one Liberty official — a characterization multiple current and former university officials and employees interviewed for this story support. In a car ride about a decade ago with a senior university official who has since left Liberty, “all he wanted to talk about was how he would nail his wife, how she couldn’t handle [his penis size], and stuff of that sort,” this former official recalled. Falwell did not respond to questions about this incident.

Look. I don’t care about his sex life. It’s nobody’s business. But talking about that at work, voluntarily, and presumably without his wife’s consent, is just plain creepy if not worse. The article notes that Falwell also wanted to send a sexual picture of his wife to their personal trainer Ben Crosswhite — because that’s a regular thing people do at Christian schools — but he accidentally sent it to a bunch of other people. (So maybe Michael Cohen really does have racy pictures of the Falwells as he said to Tom Arnold…)

Anyway, the pictures aren’t the point of the article. It’s the self-dealing. It’s how he mixes his personal life with his business. It’s how Liberty students’ tuition money is basically being used to finance companies that make a buck for Falwell and his family. It’s how Falwell has tried to suppress all these stories while simultaneously pretending to be persecuted.

The fact is: If any leader of a secular university was as corrupt as Falwell appears to be, the Religious Right would never stop talking about the immorality that’s ever-present at those schools. But when Falwell does it, his administration is useless at speaking out against him or stopping him. (The nondisclosure agreements in their contracts contribute to the problem.)

In a more rational world, anyone considering going to Liberty would think twice after learning all of this. But the sort of people who think Liberty is a good school aren’t the sort of people who take facts seriously. They’ll write everything off as a liberal hit-job on Falwell and the school, even when the information is coming from within and exposed by a former graduate. 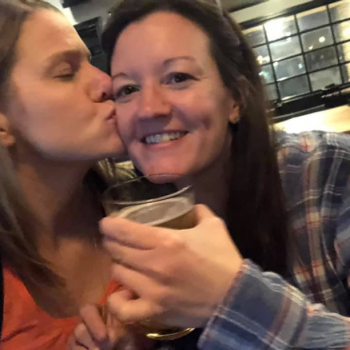 September 9, 2019
Christian Uber Driver Kicks Lesbians Out of Car After They Kiss on the Cheek
Next Post 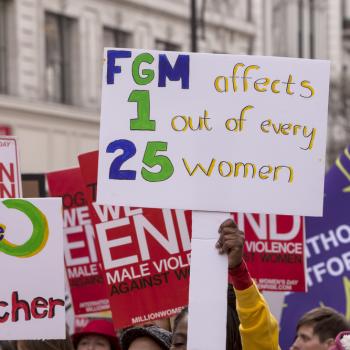