The last time Colorado’s Gordon Klingenschmitt was an elected representative, between 2015 and 2017, it was an unmitigated disaster. The most notable thing he did came in response to a horrific story of a pregnant woman who was attacked and had her fetus literally cut out of her body by an attacker, who then took the fetus to a hospital and claimed it was a miscarriage.

Klingenschmitt’s response? That was just God’s way of punishing us for allowing legalized abortion.

He was kicked off of the Health, Insurance and Environment Committee after that incident, and in 2016, when he ran for the State Senate, he lost in the Republican primary. He also ran for vice chair of the El Paso County GOP. He lost that as well, but only after denouncing his opponent for holding an event with a speaker whom Klingenschmitt claimed “raped my religious freedom 11 years ago.”

Earlier this year, he ran for the Colorado Springs City Council. There were eleven candidates vying for three seats. Klingenschmitt took fourth. (Barely.)

So now he’s gunning for elected office again. In an email, he announced he’d be running for El Paso County Commissioner. (Get it? “Commissioner Gordon.” He finds that hilarious, I assure you.)

… our Governor Jared “The Joker” Polis has worked to take away our gun rights, radicalize our schools, give away our electoral votes, and steal from the oil and gas sector, raising your energy bills.

We need a “Batman” type of conservative warrior, and if elected I will literally be your “Commissioner Gordon” to stand up for you.

Among his stated qualifications? Being an “experienced state legislator” (though he accomplished next to nothing), saying that he’s a “Christian first,” having the endorsement of (failed GOP Senate candidate) Dr. Alan Keyes, and having a “PhD academic” (without mentioning it’s from Pat Robertson‘s Regent University).

At least his eventual opponents will have plenty of fodder to work with. After all, this is a guy who said “the church should take over the government,” that gay people who want to teach in public schools should be “disqualified immediately because of their immorality,” and that he once exorcised the “foul spirit of lesbianism” from a woman. 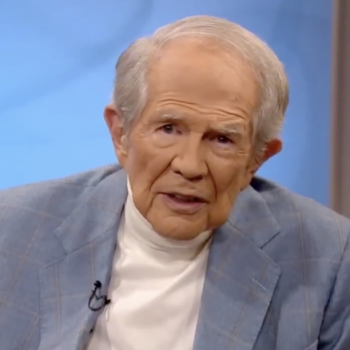 September 9, 2019
Pat Robertson: Because of Legal Abortion, God Will Punish Us with Leprosy
Next Post 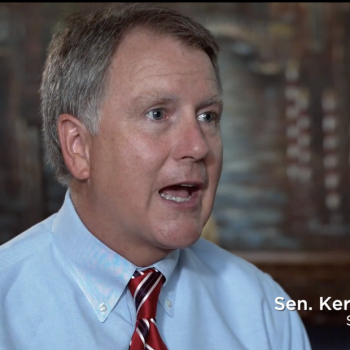