One of the standard lines we hear from Catholic leaders dismissive of the sexual abuse scandal is that all the bad stuff happened a long time ago. Of course that’s not true. There are still abusive priests, there are still victims, and there are still bishops looking the other way.

But the 7 Eyewitness News I-Team in Buffalo recently got ahold of audio recordings showing just how the Church’s internal deliberations work… or, I should say, don’t. 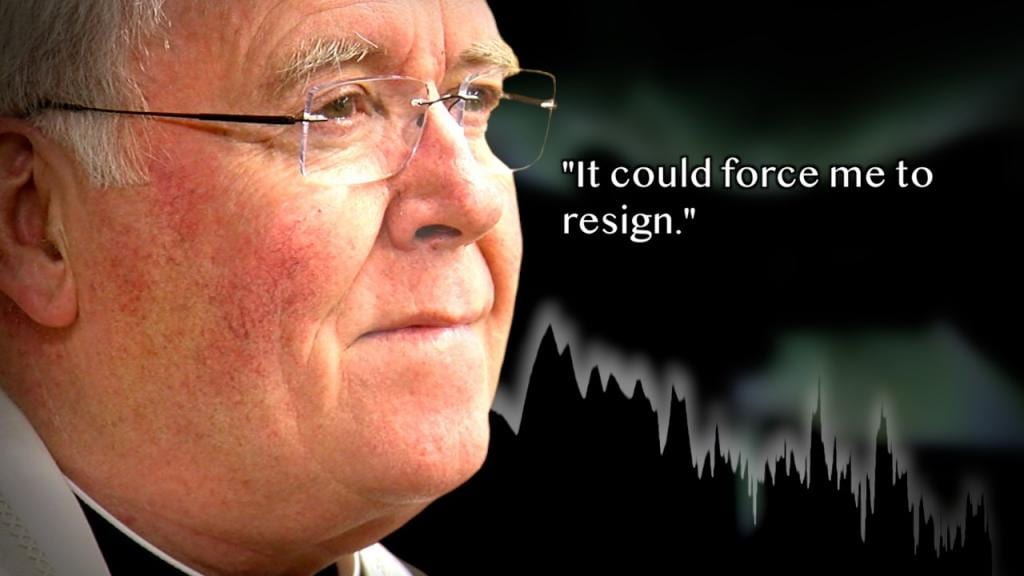 The incident in question begins with seminarian Matthew Bojanowski. He was studying to become a priest, but he caught the eye of Rev. Jeffrey Nowak, pastor of Our Lady Help of Christians Church in Cheektowaga.

Nowak began pursuing Bojanowski in 2016, when the younger man was considering the priesthood. Using information Bojanowski said in confessional (!), Nowak began pushing for a relationship. At one point, Nowak even sent the young man a Facebook message saying — wait for it — “When you become a priest, you will be what we call clerical eye candy.”

It soon became clear to Nowak that Bojanowski wasn’t interested. And then things got worse. Bojanowski later referred to “many months of revenge and retaliation by Father Nowak.”

Last November, Bojanowski informed Bishop Richard J. Malone of the Diocese of Buffalo of the issue. He also offered a written complaint and plenty of documentation of what Nowak did. In other words, there was ample evidence for Malone to take action.

But nothing happened. Making matters worse, Nowak began to think there was something going on between Bojanowski and Rev. Ryszard Biernat, the secretary for the Diocese, which led him to retaliate even more.

And yet Malone just sat on this information for months.

… sick as Bishop Malone may have thought Father Nowak, he wasn’t sent to a church-run “treatment center” for another five months, during which time he stayed in ministry at Our Lady Help of Christians in Cheektowaga with no notice to parishioners…

Here’s the interesting thing: After realizing Malone wasn’t going to act, Biernat (who was in on the internal discussions) began recording their conversations. He later released those recordings to the news reporters.

It wasn’t until last week — 10 months after the original complaint and while 7 Eyewitness News was preparing to publish this story — that Bishop Malone formally put Nowak on administrative leave.

In the meantime, Bojanowski has quit the priesthood, Biernat was placed on personal leave, and Malone is still a Church leader.

The details of this story are even messier than what I’m describing, but they all point to the same thing: Inaction by the Church and a fear of internal scandal leaking out to the public. Perhaps the most telling thing from the audio is that Malone realizes the problem with Nowak immediately but does nothing about it as long as he can.

That’s the Catholic Church for you. The priests haven’t learned a damn thing about how to prevent abuse from occurring. 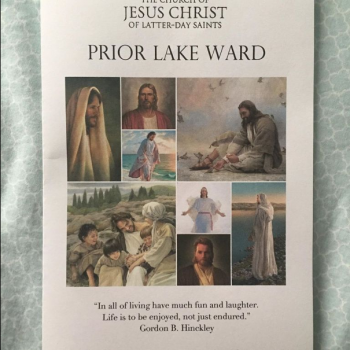 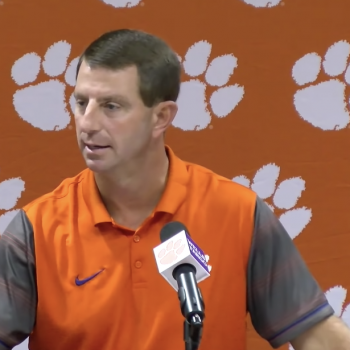 September 5, 2019 Clemson's Football Team is Basically a Christian Church at a Public School
Browse Our Archives
What Are Your Thoughts?leave a comment