Southern Baptist Leader Criticized for Saying You Must Have Kids “To Be Human” September 4, 2019 Beth Stoneburner

A recent Wall Street Journal/NBC News survey found that Americans 38 and younger prioritized religion, patriotism, and having children much less than their parents and grandparents.

None of that is all that surprising given the past two decades’ worth of religious scandals, patriotism intertwined with horrible GOP-backed public policies, and a rough economy that makes it harder for young people to find stable careers and begin families (if that’s what they want).

The head of the Southern Baptist Theological Seminary, Albert Mohler, was especially taken aback by the relative lack of desire to have kids. Far from seeing it as just some societal problem, he suggested that people who didn’t want kids weren’t “fully human.”

That statement has led to all kinds of backlash from other Christians, many of whom note that Mohler’s statement isn’t just insensitive; it’s a slap in the face to one particular savior who didn’t have any kids…

I am 49, unmarried and if I do get married in years to come, my future wife will likely be too old to have children. Would we be obliged to adopt in order to be human?

I see how it would deeply offend those who chose singleness, or those who cannot bear children. They should not be made to feel subhuman, irreligious, or marginalized.

Thank you for reminding us that the 1 in 5 couples suffering through #infertility are subhuman to the #sbts. My existence is more than my ability to breed.

Everyone can’t have children. This is an asinine statement but not unexpected

Mohler, who runs a school, seems unaware that many people, particularly millennials, are facing crippling student loan debt and a shortage of stable long-term jobs. Consequently, it’s harder to buy property or invest in the future or set up a life that’s conducive for having children. (Also: Our political climate and the environment don’t exactly inspire people to bring new life into the world.) Who can blame them for being jaded about parenthood?

For the Christians who listen to him, Mohler also left out the scores of biblical characters who were childless: Not just Jesus, either. The apostle Paul, who wrote most of the New Testament, also advised his community that it’s better to forgo marriage and family to better serve the Lord. (Granted, he wrote that during a time of persecution and what he believed was an impending apocalypse.)

Still, for Mohler to suggest that there’s something wrong with not having children is to completely ignore the harsh realities for many of the people who would be parents in another era. Someone whose job involves educating younger people ought to know better. 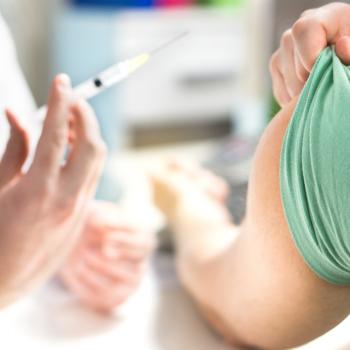 September 4, 2019 Disgraced Catholic Leader Finally Speaks Up but Shows No Remorse
""It was a perfectly reasonable statement to make. In the U.S., for example, Christian extremism ..."
Joe DeCaro Atheist Alliance International Leader Resigns After ..."
"There is no right to use another person's body. That goes for people who want ..."
San_Ban A North Dakota GOP Lawmaker Filed ..."
"This must be a joke. Pro-life hypocrisy at its fullest."
Traveller Arizona Republicans File Bill to Punish Abortion ..."
"Liar. Abortion is not the killing of a child. Children are all born."
San_Ban A North Dakota GOP Lawmaker Filed ..."
Browse Our Archives
What Are Your Thoughts?leave a comment