Nebraska pastor Hank Kunneman of One Voice Ministries has crossed the line from slightly strange huckster into something a bit more chilling.

We’ve posted about him before. He’s the guy who believed God would make up for a synagogue shooting by curing cancer, who spoke in tongues for his wife to translate on The Jim Bakker Show, and the guy who prayed for God to send Trump “angelic reinforcements.”

Add this to the list: He’s now also the guy who says that the practice of legal abortion in the United States gives demons a “blood right” to bring violence into public schools.

Last week One Voice Ministries hosted an online event they called the “Prophetic Pulse Conference Call,” in which Hank and his wife Brenda Kunneman warned of the nation’s accountability when voting for pro-choice legislators.

Hank went one step further, though, likening abortion to human sacrifices that invite Satan’s minions to wreak havoc on the nation:

Blood and spirit go together. This is why witches use animal sacrifices, they use human sacrifices because it draws a spirit as a medium to carry out certain agendas. The enemy now, since the legalizing of abortion in our land, has carried out the agenda of Hell and has released spirits over our land…

If we are fear-prone, divided, and shedding innocent blood through abortion and legalizing it and voting people in, it is furthering the agenda of the demonic blood right for those spirits then to rule over our land and take prayer out of the schools, bring violence to our schools. I saw someone say, it used to be prayers in the school, now it’s bullets.

Hank Kunneman characterized his own words as prophetic, but “horrific” is likely the better term.

Like so many preachers before him, he’s ignoring the role of lax gun control laws and Second Amendment fear-mongering in enabling shooting sprees. Instead, he’s shifting responsibility for the whole sorry state of affairs onto progressive policies about the bodily autonomy of pregnant people. It’s much easier, I guess, than doing research and offering a sensible explanation for gun violence.

Using the language of demons and blood sacrifice doesn’t quite mask the blame-shifting game he’s playing here. It just gives it a bizarre horror-movie veneer.

It would be more amusing if there weren’t so many actual human lives on the line. 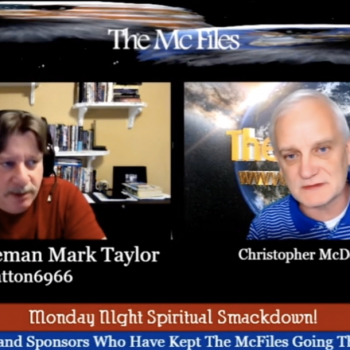 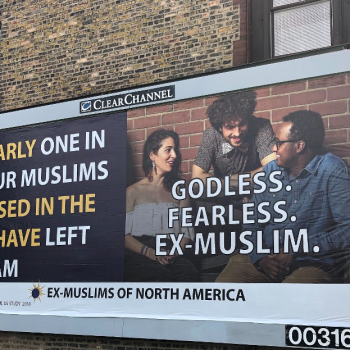