When LaKambria Welch heard that Boone’s Camp Event Hall in Booneville, Mississippi was refusing to host her brother’s wedding, she wanted them to explain why to her face, so she went there… with a video camera.

A woman who works for the venue told Welch that, since the owners are Christian, they don’t host same-sex weddings… or mixed-race ones. Because Jesus.

Ashton Pittman at Deep South Voice has more on the video:

“First of all, we don’t do gay weddings or mixed race, because of our Christian race—I mean, our Christian belief,” the woman tells Welch in the video.

Welch says she believes the venue found out her brother and his fiancée… through Facebook.

“The owner took a look at my brother’s fiancée’s page and wrote her back to say they won’t be able to get married there because of her beliefs,” Welch told DSV. “He told my mom and she contacted the owner through messenger to only get a ‘seen’ with no reply. That’s when I took it upon myself to go get clarification on her beliefs.”

This news comes just a week after a Michigan city council candidate withdrew from the race after she said during a candidates’ forum that it was her goal to keep the community “white,” adding later that the Bible said “husband and wife need to be the same race.”

The worst part of this story? While refusing to do business with customers on account of racism may be illegal regardless of reason, the only reason this venue may have thought they could get away with it is because, in 2016, Mississippi passed a “religious freedom” law that permitted businesses to discriminate against customers if serving them posed a faith-based conflict for the owners. (The law remains on the books despite a legal challenge.) The intention was to permit anti-LGBTQ bigotry. But is anyone surprised that these Christians believe it protects their racism? (For what it’s worth, the law itself doesn’t explicitly say race is an acceptable justification to refuse service.)

The irony is that conservatives always get furious when critics say these laws permitting discrimination by Christians are a slippery slope. We know they don’t want to serve gay couples, but when we argue the same rules could allow them to say no to Jews, mixed-race couples, etc., they cry foul and get defensive. How dare we accuse them of potential bigotry racism when they’re just trying to be devout Christians?!

Pittman notes that one legislator, Robert Foster, who backed that MS bill said something almost exactly like that:

[QUESTION:] A gay couple in Texas recently said they were searching for a wedding venue, but were turned down by multiple venues after they showed up for appointments and the owners realized they were a gay couple. If businesses are going to be allowed to refuse to serve LGBT people, shouldn’t they have to post a “No Gays” public notice?

[QUESTION:] Would you say that to an interracial couple?

Nope. Race isn’t totally different. It’s something else conservative Christians can use to discriminate against minority groups. Some bigots are even worse than usual.

It’s not the first time a Christian in Mississippi has done something like this within the past few years either. Christians refusing to take part in a mixed-race wedding is far more common than you might think.

Even in Mississippi, though, this is appalling. 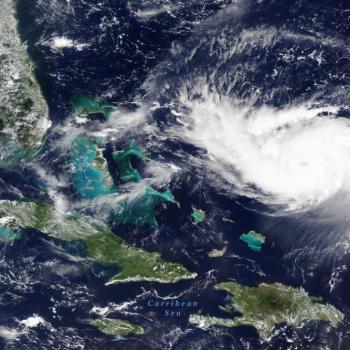 September 2, 2019
Atheists Are Raising Money to Help Victims of Hurricane Dorian
Next Post 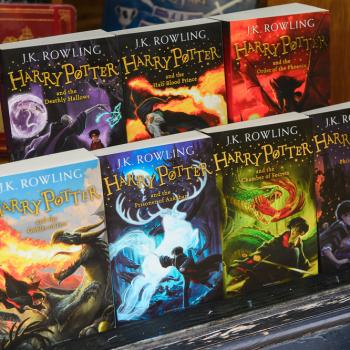