All the smart people were taken, I guess.

After admitting prayer was not enough — because it never is — Perkins, as usual, shifted to blaming an “absence of morality.” As if atheism and science were inspiring all these mass shootings.

… At some point, we have to realize that we, as a nation, we have a problem. And the problem is not the absence of laws, it’s an absence of morality. Really, the result of the decades-long march through the institutions of America, driving religion and God from the public square.

… I agree, praying alone is not enough. It’s time to act. And it’s not just about having a conversation about restricting those who should not have guns — criminals — but it’s also a discussion of the absence of a moral core in our culture today. I mean, look. We’ve taught our kids they come about through chance through primordial slime, and then we’re surprised that they treat their fellow Americans like dirt!

It’s time we talk about the result of the left’s systematic march through our institutions, driving religious expression from the public square. I think we have to go back to the point where we instill in these children — at least give them the opportunity to know that they’re created in the image of God. Therefore, they have inherent value.

We’ve driven religion from our public life, and we’re shocked that we no longer have morality, and we no longer value human life.

I don’t recall any of these shooters screaming “Charles Darwin” while running into a Walmart or church. They’re not carrying The God Delusion when police capture them. No mass shooting has ever been thwarted because a misogynistic high schooler saw “In God We Trust” on his classroom wall.

Somehow, other countries in the world educate students about evolution and they don’t see the same levels of gun violence. They don’t have much religion either. They’re happier, healthier, safer, and more godless.

The problem is that people like Perkins insist that common sense must take a back seat to their personal brand of superstition. The problem is that, while Perkins isn’t in Congress, plenty of Christians who share his views are in the Senate and they refuse to budge an inch because their Republican base would flip out. Perkins is priming them to flip out.

It’s up to the rest of us to push back against their inability to deal with reality. If we don’t, these stories will never stop. 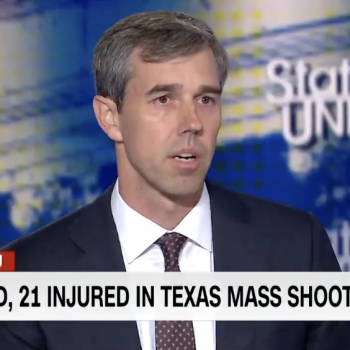 September 1, 2019
Beto O'Rourke: Thoughts and Prayers Have "Done Nothing" to Stop Gun Violence
Next Post 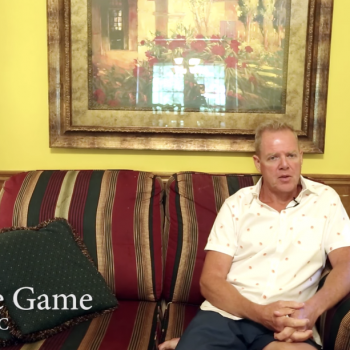