Beto O’Rourke: Thoughts and Prayers Have “Done Nothing” to Stop Gun Violence

While speaking on CNN’s State of the Union this morning, Democratic presidential candidate and almost-senator Beto O’Rourke made it clear that gun safety was a priority for him and that the conservative rhetoric that decries all forms of common sense measures as oppressive shouldn’t be taken seriously. He also condemned the “thoughts and prayers” line that has done absolutely nothing for any of the victims.

2020 presidential candidate Beto O’Rourke on the deadly mass shooting in West Texas: ““The rhetoric that we've used, the thoughts and prayers that you just referred to, it has done nothing to stop the epidemic of gun violence” #CNNSOTU pic.twitter.com/wrvGu2RxXt

… The rhetoric that we’ve used, the thoughts and prayers that you just referred to, it has done nothing to stop the epidemic of gun violence. To protect our kids, our families, our fellow Americans, in public places — at a Walmart in El Paso where 22 were killed, in Sutherland Springs in a church, one or two a day all over this country, 100 killed daily in the United States daily…

He was even more blunt yesterday:

We don't know how many have been killed. We don't know the motivation. But here's what we do know: This is fucked up. pic.twitter.com/NRvyPfUjiM

A reporter asked Beto in Charlottesville how he’d reassure people afraid the gov’t would take their assault weapons away.

“I want to be really clear that that’s exactly what we are going to do,” he said. If you own an AK-47 or AR-15, “you’ll have to sell them to the government.”

He may be in the low single digits when it comes to the Democratic nomination, but he’s laying the groundwork for another strong Senate run if he chooses to run for Republican Sen. John Cornyn‘s seat instead, making gun safety the backbone of his campaign. If Democrats win that race, whoever the candidate is, it’ll be somewhat easier for the government to actually limit the scourge of gun violence than the Christian God ever has.

Of all the candidates O’Rourke is the most straightforward, and least politician-y, when it comes to this issue. The more he can rally people together against the Republican belief that more weapons, in more hands, are the solution to everything, the better off we’ll all be. 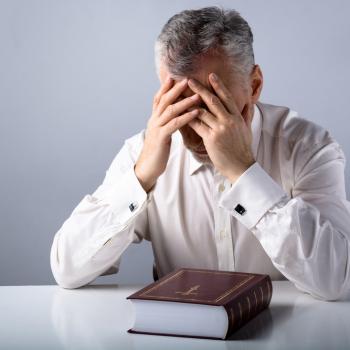 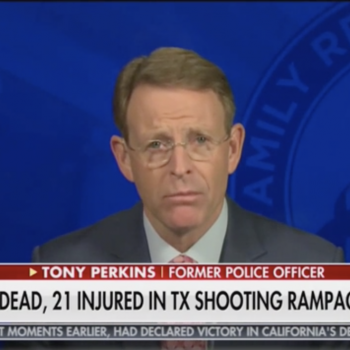 September 1, 2019 Tony Perkins Blames Texas Mass Shooting on Teaching Evolution in School
Browse Our Archives
What Are Your Thoughts?leave a comment