This Church Sign Saying a “Black Vote for Trump is Mental Illness” Is All Wrong August 31, 2019 Beth Stoneburner

There are strong arguments for why certain groups of people shouldn’t vote for Donald Trump in 2020, especially when their identities and causes have been negatively impacted by this administration’s policies.

But the New Era Baptist Church in Birmingham, Alabama may have taken things too far — even beyond telling people how they should vote (which churches shouldn’t be doing in the first place).

Their sign is what happens when intent and impact don’t line up: 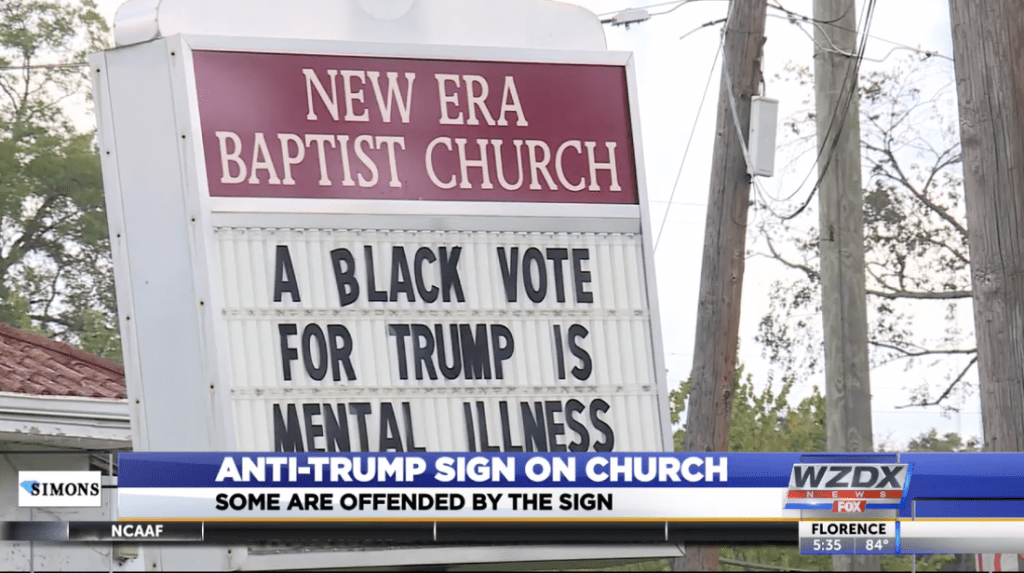 The controversial sign put on display outside the New Era Baptist Church reads on one side, “A black vote for Trump is mental illness.” The other side of the sign displays another message: “A white vote for Trump is pure racism.”

Michael Jordan, the pastor of the local church, told WZDX that he put the sign up hoping it would encourage people to choose a name other than Trump on their ballots next year.

It’s true that a vote for Trump is a vote for racism, even for people who are willing to ignore Trump’s bigotry because they care about some other pet issue and they’re willing to let his racism slide. But there were far better ways to make that point than by further stigmatizing the mentally ill. Unlike the person you vote for, being mentally ill isn’t something you choose.

By suggesting racism is tied to mental illness, Jordan is basically saying you can’t control your bigotry… which is precisely the opposite of what he intends to say. The truth is that racist people aren’t “crazy.” They often tend to be well-adjusted, educated, financially stable folks who may seem very nice and friendly — which is also a big reason why many of their harmful beliefs are so prominent.

One local Trump supported voiced his opposition to the sign (which isn’t surprising), but his comment was also unintentionally more revealing than he intended:

Daxton Kirk… told the station that people “should not be able to come into a building and feel like you are hated or diversified just because you came here to worship the Lord.”

That’s also untrue. A church that advocates the teachings of Jesus should make you uncomfortable (or hated, if you will) if you’re not following them. Perhaps if Kirk opened up his Bible, he’d see that the values supported by Trump are antithetical to the ideas promoted by Christianity’s Middle Eastern savior. 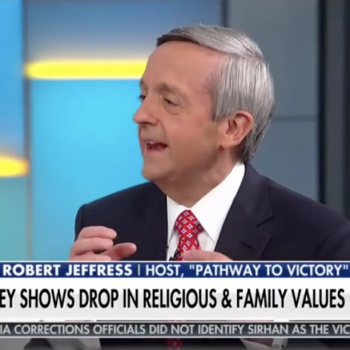 August 31, 2019
FOX News Pastor: Atheists Broke America By Saying We Can Be "Good Without God"
Next Post 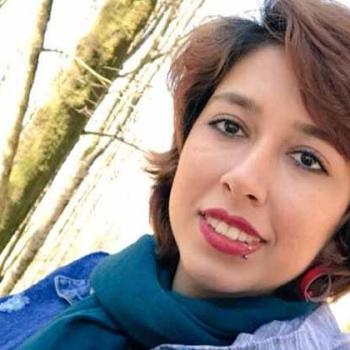 August 31, 2019 Iranian Woman Sentenced to 24 Years Behind Bars for Removing Compulsory Hijab
Browse Our Archives
What Are Your Thoughts?leave a comment