An Iranian women’s rights activist was just sentenced to 24 years in jail, including 15 for removing her required hijab as part of an equality protest. 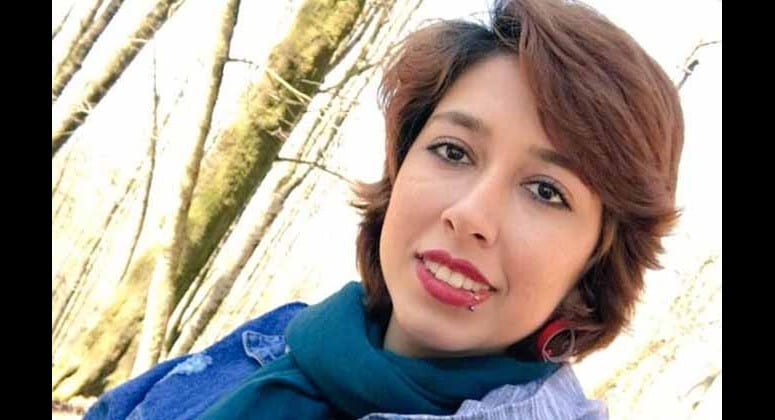 20-year-old Saba Kord Afshari was sentenced after being charged with “spreading corruption and prostitution by taking off her hijab and walking without a veil,” “spreading propaganda against the state,” and “assembly and collusion,” according to the Iran Human Rights Monitor.

The verdict was issued by the branch 26 of Tehran’s Revolutionary Court and the lawyer of Ms Kordafshari was informed about it on August 27.

Her sentences were increased by one-half because of “numerous charges and previous records.”

Saba Kord Afshari was repeatedly pressured to make video confessions, something that she strongly resisted and refused to do. The Intelligence Ministry even arrested her mother, Raheleh Ahmadi, to bring further pressure and force her to force her make false confessions.

Her earlier crimes are for holding protests and for trying to reach out for help via cell phone when she was unlawfully detained. Most recently, she and her mom were arrested for taking off their hijabs during an empowerment protest.

Both Afshari and her mother, Raheleh Ahmadi, were involved in White Wednesday protests, in which girls and women remove their compulsory hijabs and reveal their hair in public, the Daily Mail reported.

The duo often posted videos of themselves walking around the capital city without their headscarves — in an effort to encourage other women to leave their hijabs at home, according to the report.

By fighting for a basic right to not cover herself and effectively challenging the prevailing interpretation of Islam, the government wants to punish her as much as they legally can. That says a lot about the barbarism of the faith-based leaders and the incredible courage of women standing up for even an inch of independence.

Afshari is a hero. She deserves praise, not punishment. No government relying on outdated religious principles to form laws designed to hurt minorities and vulnerable citizens deserves to be taken seriously by the rest of the world. No religion that can be used to inflict these cruelties should go unchallenged. The more international outrage, the better. 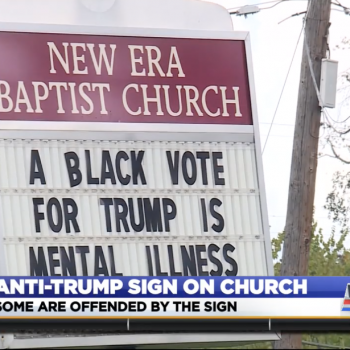 August 31, 2019
This Church Sign Saying a "Black Vote for Trump is Mental Illness" Is All Wrong
Next Post 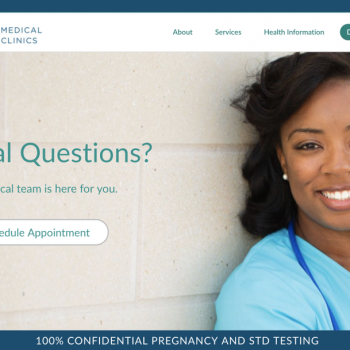 August 31, 2019 Obria, an Anti-Abortion Faith-Based Medical Chain, Is Thriving Under Trump
Browse Our Archives
What Are Your Thoughts?leave a comment