Everyone knows the worst thing about going to a grocery store is having to wait in a long check-out line.

What if the reason for the long wait was because the cashier was praying with the customers?

That was apparently the case at an Ingles grocery store in Cartersville, Georgia, where “Ms. Barbara” would give you a receipt, touch your hand, and ask, “May I pray for you?”

Some might see that as a nice gesture… because she’s Christian. (If she were Muslim, you know her ass would’ve been fired immediately.) But after a customer complained about it, store management asked her to stop with the prayers.

Now Christians are acting like she’s a martyr for the faith.

On Wednesday night, there was a vigil outside the store. A vigil! The sort of thing people do after a mass shooting! All because poor Ms. Barbara is unable to proselytize while on the clock.

… her supporters are the ones praying the store management will change its mind.

Rogers said that in defense of Barbara’s actions… but, if anything, that’s all the more reason to make her stop. She’s just wasting the store’s time by treating work as a makeshift church, drawing in customers who have no intention of spending any money.

Again, substitute any non-Christian religion for Barbara’s faith and consider for yourself if “nearly 100” Christians would be defending her actions. I’m not saying she should be fired for offering a gesture of kindness, but no one should be complaining because her bosses are asking her to do her job instead. 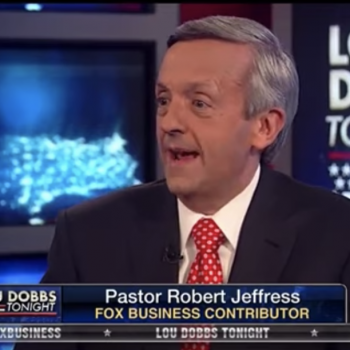 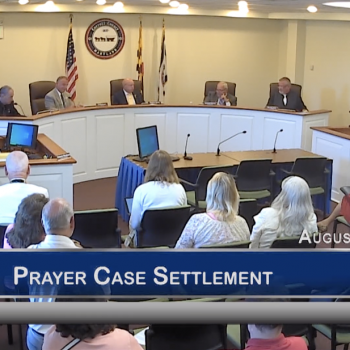