For atheists, there’s nothing more tempting on Twitter than a Christian account wanting to know why people don’t accept their religion. Yet The Christian Post did it anyway, hopping on Twitter to solicit “deconversion testimonies” from people who have “fallen away from evangelical Christianity.”

The Christian Post is seeking deconversion testimonies. If you fell away from evangelical Christianity, email us info@christianpost.com with subject line “Deconversion.”

If you have a testimony of converting back to Christianity after having fallen away, email us!

You want to respond don’t you? It’s like a baseball thrown right down the middle of the plate.

But before you write to them, keep in mind that your responses are likely to be used as teaching material for apologists. It’s not like they’re going to take your story to heart and change themselves. They want to hear it so they can change you. (The fact that they used the phrase “fallen away” should be a dead giveaway.)

At the end of July, Joshua Harris, author of I Kissed Dating Goodbye and an early proponent of purity culture, announced he was leaving Christianity, sparking write-ups everywhere from CNN to the New York Times. The Christian Post posted over one dozen articles about Harris’ departure. For example, writer Bill Vining wrote that Harris deserves claps for jumping all the way out of faith rather than taking the worse road of progressive Christianity: “He did not try to manipulate the scripture as the Rob Bells or Jen Hatmakers of the world, he simply didn’t agree. Instead of trying to change the Bible, he walked away.”

There are no direct quotations from Harris to substantiate the theory that he was contemplating progressive Christianity — usually seen as accepting LGBTQ people into the church — but the writer’s strange moral gymnastics, made to give Harris’ departure a positive spin, was more about stopping others from following the same path. He let Harris go in order to “save” thousands of others.

More recently, successful Christian songwriter Marty Sampson of Hillsong said on Instagram that he’s going through a questioning phase in his faith. The Christian Post is cranking out piece after piece on Sampson. Making sure Christianity stays in a good light, they titled one, “Marty Sampson: Christians Have Shown ‘Kindness, Goodness’ after ‘Shaky’ Faith Revelation.” In another, they blamed his church instead of the religion: “Marty Sampson’s Church Failed Him.” And when you dig further, you find biting and judgmental ones such as “Reaching Out to a Hillsong Leader Who is Renouncing His Faith” by Michael Brown. As the writer attempts to answer the heart-wrenching questions Sampson posts on his Instagram page, he becomes impatient and responds, “I can only ask (with sadness rather than condemnation), ‘Marty, what Christian world have you been living in?’”

Instead of receiving testimonies, some of the most popular responses have come from people criticizing the Post for asking the question, knowing full well their responses will eventually come back to haunt them. As writer Chrissy Stroop responded to their tweet, “I’m not about to be used as an object lesson. #NotYourMissionField”

I don’t trust this from Christian Post one bit, and I’m not about to be used as an object lesson. #NotYourMissionField

Perhaps The Christian Post has bought into the same faulty paradigm as other believers: If you leave Christianity it’s because you want to sin your brains out.

If they really listened to deconversion testimonies, they’d find that most former believers, like Harris and Sampson, didn’t leave because of sin, but because of scripture. 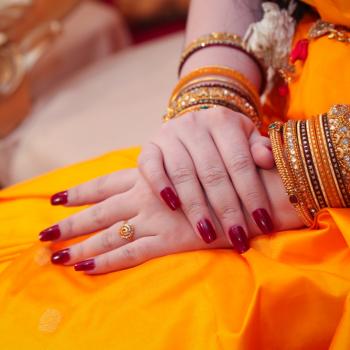 August 29, 2019
Bangladeshi Women No Longer Have to Declare Virginity Status on Marriage Forms
Next Post 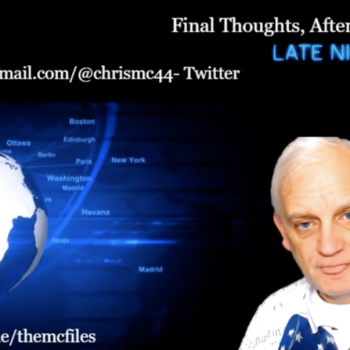 August 29, 2019 Christian TV Host: If You Oppose Donald Trump, You're Betraying God
Browse Our Archives
What Are Your Thoughts?leave a comment