As if the stories of child sex abuse at the hands of Catholic priests weren’t bad enough, it’s now coming out that victims could be, in some cases, receiving reduced settlement amounts because they are poor and black.

The Franciscan Friars, who trace their group as far back as 1887, reportedly paid two black men just $15,000 each to drop their abuse claims and stop talking about them. The leader of the group’s Wisconsin outpost, Rev. James G. Gannon, reportedly met one of the victims, La Jarvis D. Love, at an IHOP to offer him the deal.

Love and his cousin felt pressured to take the money, even though it was much less than other victims received, according to Michael Rezendes of the Associated Press.

“He said if I wanted more, I would have to get a lawyer and have my lawyer call his lawyer,” La Jarvis Love, 36, told the Associated Press. “Well, we don’t have lawyers. We felt like we had to take what we could.”

“They felt they could treat us that way because we’re poor and we’re black,” Joshua Love said of the settlements he and La Jarvis received.

Across the United States, settlements have ranged much higher. In 2006, the Catholic Diocese of Jackson, which includes Greenwood, settled lawsuits involving 19 victims — 17 of whom were white — for $5 million, with an average payment of more than $250,000 per victim.

To make matters worse, there was a third victim whom the church similarly tried to rip off. He didn’t take the deal, though. Gannon admits all three victims were abused, but denies that their race had anything to do with the small settlements. He made no attempt, however, to explain the “real” reason for the obvious disparity.

In fact, the church itself issued a lengthy response to the Associated Press article, but it made no mention of the victims’ race or economic background.

Gannon and his Church colleagues are right that no amount of money could possibly make up for what they did, but paying the victims a fair amount commensurate to others who have suffered at the hands of priests would be a hell of a great start.

Incidentally, the reporter for this story, Michael Rezendes, was on the famed Boston Globe Spotlight team that blew open the Church’s abuse scandal; he was played by Mark Ruffalo in the movie. 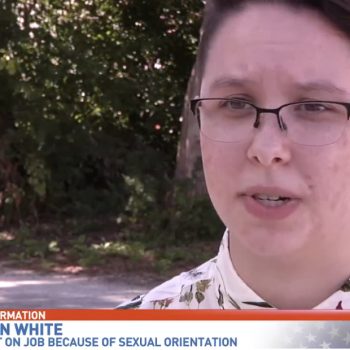