Sadly, Gail Gordon Donegan has resigned from the Virginia Council on Women, a committee designed to help women in the state, after her old tweets criticizing the Catholic Church (and religion) resurfaced. 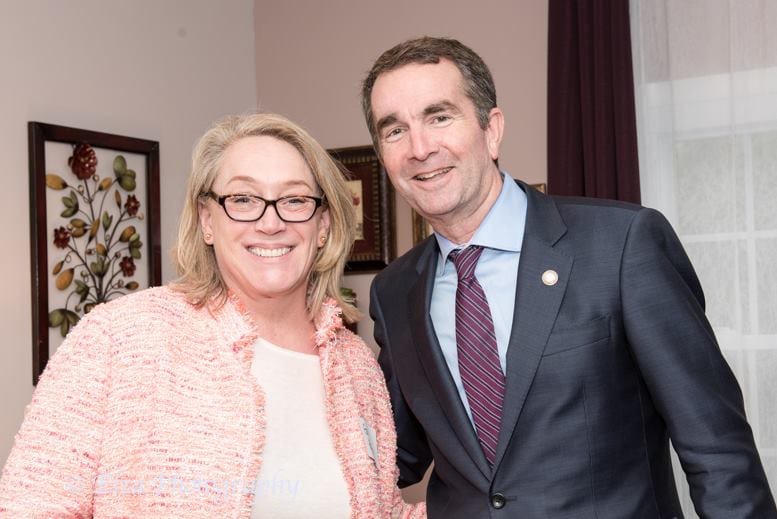 Donegan had been nominated to the committee by Gov. Ralph Northam on the basis of her activism on behalf of women. But she couldn’t overcome the backlash that came from decade-old tweets like “Abortion is morally indefensible to Catholic priests bcuz it results in fewer children to rape.”

Even the Diocese of Richmond called for her to leave the committee.

As I said yesterday, what the Catholic Church has done by allowing priests to abuse children and covering up for those who did is far worse than anything Donegan wrote, usually in jest.

Until now, Donegan’s only comments about the matter were to say she had a bad relationship with the Church since her father, when he was younger, had allegedly been beaten in Catholic foster homes. Northam’s spokesperson said he didn’t “condone this language,” but he didn’t call on her to step down.

According to a statement released yesterday, Donegan said she would resign because she didn’t want to become a distraction for the committee, but she added that she would get revenge after the smear campaign against her.

Today I submitted my letter of resignation to the Governor and will no longer serve as a member of the Virginia Council on Women. I do not wish to distract from the important work of the Council. I will have no further comment besides this statement.

I’ve spent over a decade working on behalf of important women’s issues in Virginia. At the same time, I have also been the author of a twitter account that focused on covering Northern Virginia politics from a satirical angle from Alexandria — which is why the account is named @satirclalx. I recognize that some of the jokes I told crossed the line, and I apologize to those who were hurt by them.

Because of my recent advocacy, a small group decided to target the worst of my tens of thousands of tweets and paint a false picture of who I am. This group was upset because I recently helped defeat them in a local primary. They went to a reporter — Patrick Wilson — who shares their agenda. He wrote a lazy cut and paste piece from these activists — where he even forgot in his outreach to change the word “she” to “you” as you can see in the image below. One of the activists involved even messaged me after the article appeared and claimed to have written it for the reporter. I won’t allow this unethical behavior to further distract from the important work of this Council, so I will resign today — but I will be taking legal action in the near future to ensure this small group is never able to smear someone like this again. This incident is just another chapter in the bullying that women activists face every day on social media.

The bottom line? Her critics may have gotten their wish today, but she’ll win in the long term.

It may all be unethical, but it’s not illegal.

It’s probably true that, if she stayed on the committee, critics would’ve continued hammering away at her, always using her jokes to paint her (unfairly) as biased and unable to represent the best interests of all women. But conservatives would’ve done that anyway. Hell, yesterday was the fifth anniversary of President Obama wearing a tan suit — which conservatives turned into a scandal because they had nothing real to use. This is what they do.

I don’t think she should’ve resigned. She criticized institutions and beliefs that deserve to be criticized. She may have crossed the line for some people, but those people also believe Jews will be tortured for all of eternity. Why is she the one that gets painted as the villain?

American Atheists responded to Donegan’s resignation with a show of support for her:

“The Richmond Diocese wanted to silence Gail Gordan Donegan precisely because she was so spot-on in her analysis,” said Tom Van Denburgh, spokesperson and communications director for American Atheists. “It is hypocritical that the Church claims to protect life, all while spending billions of dollars covering up sex abuse and fighting accountability at every turn.”

“As atheists, we have a duty to tell the truth about the harms of religion, and that’s exactly what Gail did. Pretending that the Catholic Church is above reproach and immune from criticism is what kept the Church’s child abuse scandal hidden for too long and, unfortunately, will prevent victims from getting closure for years to come. Ejecting Donegan and other public officials for telling a hard truth that is dishonestly equated with anti-religious animus does not change the facts.”

It’s depressing that a voice of reason on women’s rights won’t be on the Council, because Catholics who constantly fight against women’s rights took her down. 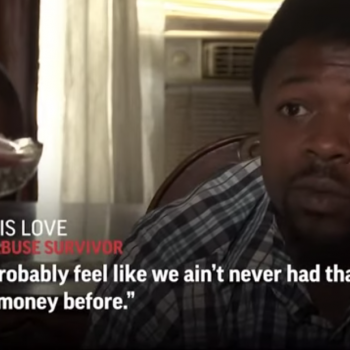 August 29, 2019 Survivors of Priest Abuse Say They Got Lower Settlements Because They're Black
Browse Our Archives
What Are Your Thoughts?leave a comment