Dave Daubenmire: My Bible Suggests Millions of Jews Didn’t Die in the Holocaust

Christian Right activist Dave Daubenmire, who believes Jews are “no longer God’s chosen people” because they hate Jesus, said on his “Pass the Salt Live” webcast today that there’s no way six million Jews died in the Holocaust — and he had proof!

That proof? A copy of the “Pronouncing Edition of the Holy Bible” from 1900 that listed the global population of Jewish people at 7.5 million.

“Forty years later, six million of them died?” he added. “In Germany? They were all in Germany and died in Germany? Uh oh, I’m making some of you nervous.”

Not that I have a desire to defend the truth of the Holocaust against a man who spreads conspiracy theories every day, but the Jewish population in Europe in 1939 was approximately 9.5 million. There were about 16.6 million Jews globally at the time. The millions of Jews who died in the Holocaust weren’t all in Germany, either. 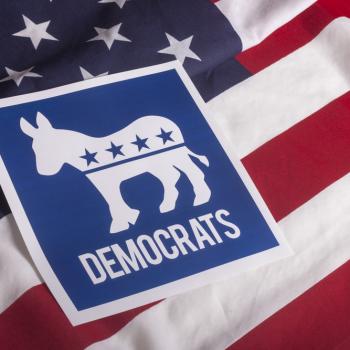 August 26, 2019 Christian "Faith Healer" Accused of Sex Perversion and Harassing Male Interns
Browse Our Archives
What Are Your Thoughts?leave a comment