A TN Church’s Sermon Series on “The Christian Woman” Has Only Male Speakers August 25, 2019 Hemant Mehta

In a now-deleted post on the Facebook page for the Church of Christ in Middleton, Tennessee, the church advertised an upcoming lecture series on “The Christian Woman.” The weekly sessions included lessons on being a “faithful wife” and a “loving mother.”

But you could save plenty of time by just staying home and watching The Handmaid’s Tale.

That’s because the flyer makes clear that the most qualified people to discuss all these issues are… not women. 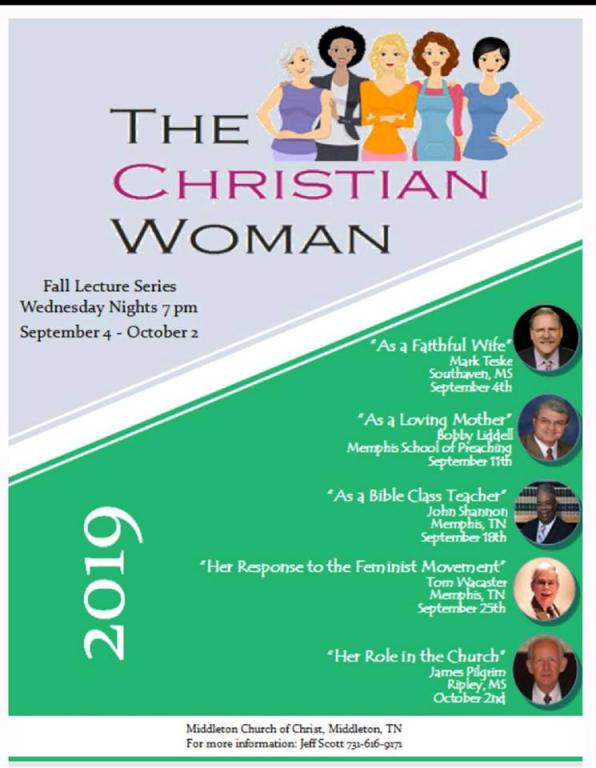 Churches of Christ already have a reputation for dismissing anything we might associate with feminism, but these people seem to take 1 Timothy 2:11-12 seriously: “A woman should learn in quietness and full submission. I do not permit a woman to teach or to assume authority over a man; she must be quiet.”

The preachers themselves aren’t new to this kind of sermon. One of them, Bobby Liddell, even runs a church that once published an essay called “Warm Weather and Immodest Dress” that warned against “mixed swimming.”

Another, Tom Wacaster, is offering a “Response to the Feminist Movement”… but I’m curious how much he actually knows about the movement. Does he still think it’s about bra burning and refusing to wear pantyhose? Has he spoken to any women who (gasp) want equal pay for equal work and fewer barriers to their own success?

John Shannon, who’s talking about women being Bible class teachers, might be worth watching if for no other reason than his visual displays. 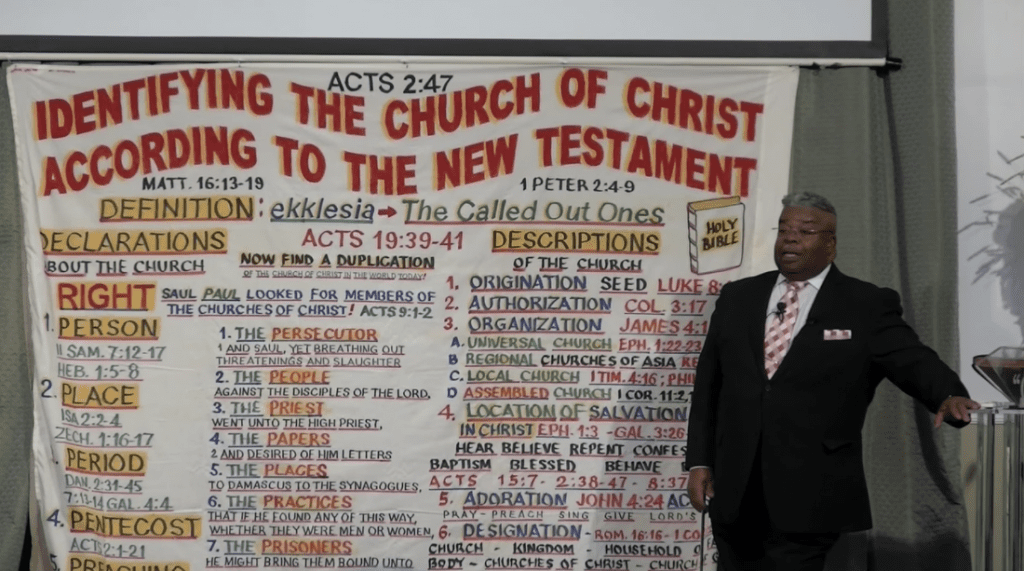 I’m tempted to drive the two and a half hours to attend one of these sermons, but then again, I’d also be tempted to throw a hymnal.

The advertisement is troubling in another way: Women are depicted with a cartoon of five “diverse” women culled from only the finest source of clip art. All of them are cute, trim, tiny-waisted, and with C-cups. (You can see the shading beneath the breasts and above their 22-inch waists.) We can probably chalk that image up to laziness more than anything else, but it’s telling that they didn’t even bother looking for a picture of real women. Why waste the time? The cartoon is more than they deserve. All that’s missing are the cones of silence.

The church seems to have taken down the post in response to backlash online, but there’s no evidence that the sermon series has been cancelled. So if you’re eager to learn what these conservative Christian men have to say about women, stop on by. Should be enlightening for all the wrong reasons.