Canadian politics is heating up in advance of this autumn’s election season, and Conservative Party leader Andrew Scheer is feeling the heat. 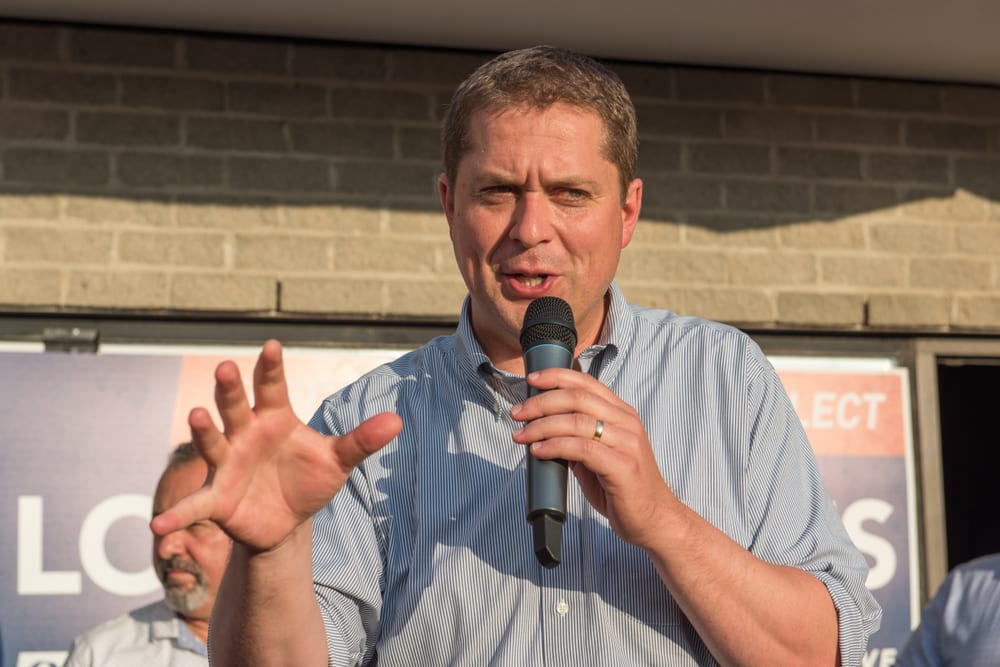 Following the re-release of a 2005 video in which Scheer spoke against Canada’s Civil Marriage Act, Liberal and New Democratic Party (NDP) politicians are calling for Scheer to publicly affirm that his views have changed by marching in Ottawa’s Capital Pride Parade on Sunday.

The Civil Marriage Act, which originated with Bill C-38 in 2005, is the legislation that brought marriage equality to Canada’s LGBTQ population. Scheer voted against it, along with most members of Stephen Harper’s Conservative caucus. Harper promised to revisit the issue if elected Prime Minister, but never did.

In the speech, which newly resurfaced on Ralph Goodale’s Twitter account, Scheer insisted that whatever the law might say, same-sex marriage could not be considered “real”:

To be a leader for all Canadians, the Conservative Party leader should now end his lifelong boycott of Pride events and explain whether he would still deny same-sex couples the right to marry, as he said in Parliament. pic.twitter.com/5WEyja6Ov5

How many legs would a dog have if you counted the tail as a leg? The answer is just four. Just because you call a tail a leg, it does not make it a leg. If Bill C-38 passes, governments and individual Canadians will be forced to call a tail a leg, nothing more, but that is not inconsequential, for its effect on marriage, such an integral building block of our society, would have far-reaching effects.

Scheer’s speech embraced the classically Catholic perspective that the definition of marriage rests entirely on the ability to procreate, a claim that harms childless and infertile straight couples as well as gay couples:

There is nothing more important to society than the raising of children, for its very survival requires it. Homosexual unions are by nature contradictory to this. There is no complementarity of the sexes. Two members of the same sex may use their God-given free will to engage in acts, to cohabit, and to own property together. They may commit themselves to monogamy. They may pledge to remain in a loving relationship for life. In that sense they have many of the collateral features of marriage, but they do not have its inherent feature, as they cannot commit to the natural procreation of children. They cannot therefore be married.

Calls for Scheer to address or retract his comments may represent a Liberal bid for political points — strategically, current PM Justin Trudeau needs to stir up sentiment against the Liberal Party’s traditional rivals — but it’s also incredibly relevant to Canada’s LGBTQ population. As the leader of the Conservative Party of Canada, Scheer stands a good chance of being elected Prime Minister in October. He has yet to disavow his past comments or clarify his current position on marriage equality.

Helen Kennedy, executive director of Égale Canada, describes Scheer’s position as “incredibly harmful to our community,” given that he is a political (and prospective national) leader:

There is still a lifetime and more of work that needed to be done before we will even begin to approach equality for LGBTQI2S people. It is absolutely unacceptable to have anyone in a leadership position in Canada’s government who does not support human rights, including sexual orientation and gender identity.

New Democrat leader Jagmeet Singh, responding to the video and Scheer’s failure to clarify his views in support of LGBTQ Canadians, promised not to lend NDP support to a Conservative minority government, should that be the result of the upcoming election:

The resurfacing of Andrew Scheer’s disgusting prejudice against LGBTQI2S+ people and families is very painful for many Canadians. This is exactly why, if Canadians deliver a minority government in October, I will not prop up Andrew Scheer and the Conservatives. We can’t trust Mr. Scheer or his caucus to champion the fundamental rights of Canadians.

Scheer is the only party leader in the upcoming election who has never attended a Pride Parade, and he refuses to retract the anti-LGBTQ views he espoused in the past. In fact, he’s on record parroting the talking points of a religion that’s known to be hostile to LGBTQ equality.

It may be an old video, but in the absence of new information, Canadians have no choice but to take him at his word. 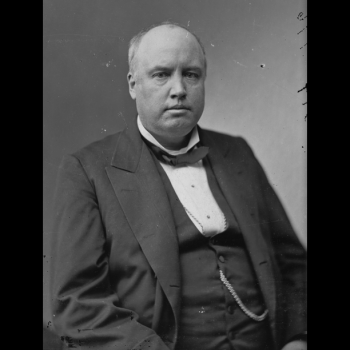