Two men who survived the Pulse nightclub shooting in 2016 are planning another “ex-gay” rally, this time in Orlando, Florida, within minutes of the infamous site. (That’s not to be confused with the recent Make America Straight Again conference, hosted by New Independent Fundamentalist Baptist hate-preachers, which was also held in the area this past June.) 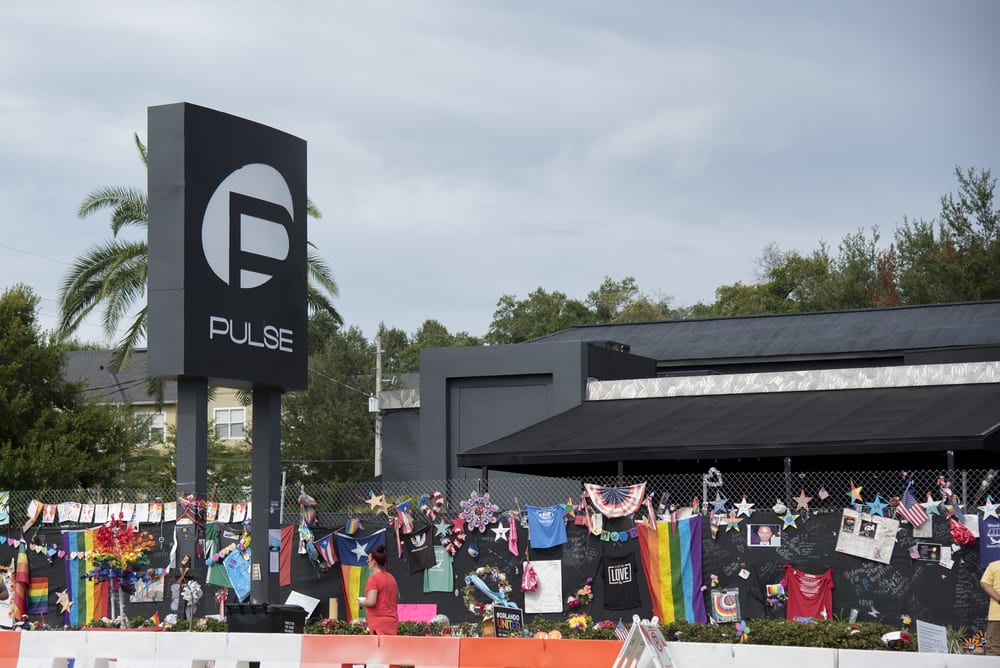 What’s more, the location of this event is the site of a memorial for the Pulse victims and survivors: the Lake Eola Bandshell, which was painted in rainbow colors following the shooting.

Following the Pulse massacre, which was, at the time, the nation’s deadliest mass shooting, survivors Luis Javier Ruiz and Angel Colon publicly renounced their homosexuality and created Fearless Identity, an ex-gay ministry that claims to offer “a judgment-free environment for those seeking the option to change.”

Not content to wait around to be found, however, Fearless Identity has devoted itself to planning “Freedom March” events, which publicly praise and celebrate the idea of gay-to-straight conversion — not through therapy, but through Jesus:

Freedom March is a diverse group of Christians who have been delivered from LGBTQ lifestyles. Our purpose is to connect, bridge, and equip. We accomplish this mission through connecting fellow overcomers, reaching out to the LGBTQ community in each city, and equipping the local church. We seek to bring hope of deliverance to the LGBTQ community and point them to Christ!

In other words, “LGBTQ lifestyles” are something horrible that Freedom March participants have been delivered from, and they want to connect people who truly believe that with people who don’t, so that the people who don’t can be pressured to hate themselves and change. (Stop loving men. Start loving Jesus.)

Previous Freedom Marches, held in Washington, D.C., were notable for their sparse attendance figures. But this new approach — to bring their pro-conversion message to a community still shaken by targeted violence against its members — is a bold (if profoundly insensitive) tactic.

Local activist Christopher Cuevas, whose group QLatinx was founded in response to the Pulse shooting, described the planned rally as “an attempt to wash the community in a thicket of hate and bigotry.” He is careful to separate religious faith as a whole from the divisive anti-LGBTQ rhetoric of conservative Christian groups like Fearless Identity:

While we honor the freedom for expressions of faith and hold the beauty of religiosity in our community, we cannot condone the gross misuse of religious text and faith to exploit LGBTQ+ people or support conversion therapy. The expressions of our queer and transgender identities are the embodiment of divinity and grace, because we are living our most radical truth by celebrating and centering our LGBTQ+ identity.

It’s easy to understand how the sort of trauma Ruiz and Colon have endured might lead them to search for comfort and purpose in Christianity. Having been targeted and severely harmed by a violent attack perpetrated against LGBTQ people, it must bring a certain sense of safety to be told that Jesus can erase the trait that made them vulnerable.

But the experience of trauma isn’t a license to harm others. And an event celebrating the idea that LGBTQ people can and should be “fixed” — whether to escape violence or hellfire — has no place in the backyard of a community living with its own trauma after that night’s horrific events.

Angel Colon calls himself and his compatriots “generals that aren’t scared anymore to share wherever they go the Gospel of God.”

Nobody needs you to be scared, Mr. Colon. We’re just asking you to read the room.

August 23, 2019
A FL School Board Suddenly Decided to Have Christian Invocations at Meetings
Next Post

August 23, 2019 Appeals Court: It's Legal for PA House to Block Atheists from Giving Invocations
Browse Our Archives
What Are Your Thoughts?leave a comment