An appeals court has dismissed a lawsuit challenging the fact that Humanism doesn’t count as a “religion,” brought by a non-religious federal prisoner who just wanted the same perks and privileges offered to his religious colleagues.

They dismissed it on a technicality that actually seems like good news for the prisoner, but there’s still reason to think the decision didn’t resolve the underlying problem.

The American Humanist Association had filed the lawsuit in October of 2016, on behalf of Benjamin Espinosa, an inmate at Northern Nevada Correctional Center, who said he just wanted to start a Humanist study group, much like Christian inmates who get together to study the Bible. But he wasn’t able to do that — or a lot of other things religious inmates could do — because the Nevada Department of Corrections (NDoC) said he wasn’t part of a recognized faith group.

… (1) ability to meet with community-funded or volunteer chaplains on a regular basis; (2) ability to keep religious items both in their cells and in faith group storage containers in the prison chapel; (3) eligibility for enrollment in a religious correspondence course; (4) to have community chaplain perform religious rites/rituals; (5) work proscription days and observance of holidays; and (6) to receive donated materials or to purchase items such as books, DVDs, and various articles such as medallions, crosses, crystals, herbs, incense, etc.

In addition to not being able to do the secular equivalents of all that, he also wasn’t able to schedule meeting times the same way, nor was he given a venue for those gatherings.

The most direct way to resolve all this would have been to get the NDoC to recognize “Humanism” as an “approved” religion, so in 2014, Espinosa began filling out the appropriate paperwork to make that happen. Every time he sent something in, he was ignored. So after more than two years of unsuccessfully lobbying for equal treatment, he filed a lawsuit with the help of the American Humanist Association’s Appignani Humanist Legal Center.

Unfortunately, in December of 2017, U.S. District Judge Robert C. Jones said in his decision that the prisoner “had not alleged how his Humanist beliefs differed from traditional secular moral philosophy in a way sufficient to qualify as a religion under the religion clauses.” In short, you haven’t proven that Humanism should be called a religion.

Jones never said what Espinosa was lacking, but it was distressing that a non-theistic belief prevented an inmate from being able to discuss his beliefs with others, see a chaplain, receive books promoting those beliefs, or experience a variety of other simple gestures afforded to religious prisoners.

In February of 2018, the AHA filed a formal appeal in the Ninth Circuit.

“The District Court’s decision overtly discriminates against Humanists, favors theism over nontheism, and flouts decades of Supreme Court precedent,” said Monica Miller, senior counsel for the AHA. “Not only did the Supreme Court make clear decades ago that Secular Humanism is deemed a religion for constitutional purposes, but it has also repeatedly held that the government is forbidden from promoting religion over nonreligion.”

Roy Speckhardt, executive director of AHA agrees. “Our Constitution doesn’t allow government to favor one religion over another or religion itself over nonreligion. That’s why it’s discriminatory and illegal for the government to accommodate traditional religious groups, but disallow otherwise identically structured humanist and nonreligious groups.”

The AHA also received help from both the Freedom From Religion Foundation and Americans United for Separation of Church and State. The groups filed a joint amicus brief in defense of the AHA and Espinosa.

“Like the rights of all Americans, the rights of prisoners should never depend on whether they believe in a divine authority,” said Americans United Associate Legal Director Alex J. Luchenitser. “Prisons should give Humanist inmates the same rights that other inmates have to observe and study their beliefs.”

In addition to arguing that the law required the government to treat Humanism no different from theistic religions, they also claimed that godless ideologies were now “commonly recognized as alternatives to mainstream religions” and that Humanist gatherings could “have a significant, positive impact on nontheistic inmates.”

The oral arguments occurred earlier this month and the Ninth Circuit Court of Appeals finally announced a decision yesterday: They were tossing out the case altogether.

The reason seems like a worthy one: In the years while the case was working its way through the legal system, the NDoC added “Humanism” to its list of religions. The judges said that effectively fixed everything, so there was no reason for them to get involved.

During the pendency of this appeal, Defendants officially recognized Humanism as a faith group. Defendants also represented to the court that the recognition is “very permanent” and that Humanism is “entitled to all the same rights and privileges of all other recognized faith groups.” Defendants therefore have satisfied their burden under the voluntary cessation doctrine because “subsequent events made it absolutely clear that the allegedly wrongful behavior could not reasonably be expected to recur.”

But the AHA said the NDoC’s move didn’t go far enough. In response to a brief in which the NDoC asked the Court to dismiss the lawsuit, Monica Miller argued that Espinosa still didn’t get equal treatment.

Crucially, Humanists still have no venue for meetings and no group area to store Humanist materials… NDOC still has not actually approved Espinosa’s Faith Group Affiliation… or Request for Accommodation of Religious Practices… Such approval is highly unlikely, considering that NDOC “continues to believe it had discretion to not recognize Humanism”… and the Overview Chart itself literally confers nothing to Humanists…

In other words, the NDoC may claim he’s being treated equally, but in practice, that’s not the case at all. Espinosa may have to wait another five years before he can have weekly study group meetings, and the NDoC can still reject that request because they have said, in writing, that there’s no special requirements that Humanists deserve.

Under NDoC guidelines, here’s what the rules are for Seventh Day Adventists. Note all the “recognized holy days,” worship practices, and allowable group items.

Here’s the same listing for Humanists. It’s damn near empty.

That’s what the AHA had a problem with. Unless that list changes, there’s no reason to think the NDoC will treat Humanists equally even if they now recognize it as a “religion.”

Alas, the Court bought the NDoC’s argument and threw out the case.

The AHA now says they’ll ask the full Ninth Circuit to weigh in on the issue and possibly override the dismissal.

Roy Speckhardt, executive director of the American Humanist Association, said the group would not be giving up yet.

“We still see indications that Humanists imprisoned in the Nevada corrections system aren’t yet receiving the same rights and privileges of all other recognized faith groups,” he said in an email. “So we’ll be seeking to have the entire panel of judges on the 9th U.S. Circuit Court of Appeals reconsider this hasty decision.”

This case really boils down to whether atheists deserve the same rights under the law as religious people, even if our theological beliefs don’t involve a mythical being. Even if the NDoC claims it treats everyone equally, that’s not really what’s happening, and that should be unacceptable to everybody. 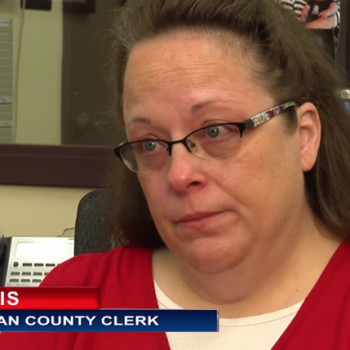 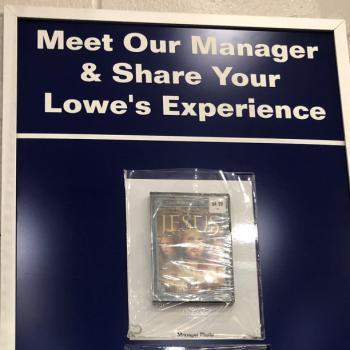