***UPDATE***: I wrongly said Davis alone was responsible for the bill. That was wrong. The state of Kentucky is responsible for paying it. Taxpayers can blame Davis and the conservative state officials who allowed her to get away with the bigotry for so long. Apologies on my end for the mistake.

The Sixth Circuit Court of Appeals ruled today that former Rowan County Clerk Kim Davis — a.k.a. the state of Kentucky — is responsible for paying nearly $225,000 in court costs and attorneys’ fees after losing a legal battle for defying the law when she refused to sign marriage licenses for same-sex couples. 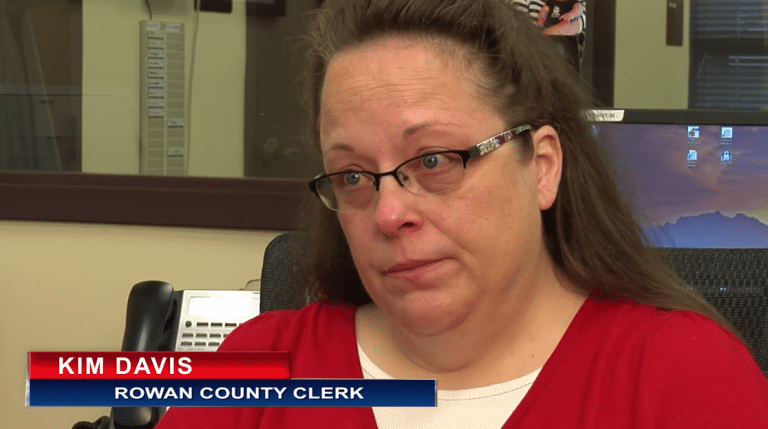 Remember that Davis lost this lawsuit years ago after two same-sex couples sued her, in her capacity as a government official, for violating their rights. In 2017, she lost her appeal, saddling the Kentucky government (i.e. the taxpayers) with approximately $225,000 in legal fees.

At the time, the legal director for the ACLU of Kentucky said, “It is unfortunate that Kentucky taxpayers will likely bear the financial burden of the unlawful actions and litigation strategies of an elected official.” Voters certainly remembered all that last year, when they voted to kick Davis out of office.

But that $225,000 bill still needed to be paid. Matt Bevin, the Christian governor who always had Davis’ back, distanced himself a bit when he said earlier this year that she, not the taxpayers, needed to pay the full amount. His lawyers argued that Davis and Davis alone was responsible for her actions.

… A district judge ruled in 2017 that the couples suing for marriage licenses clearly prevailed and that the state of Kentucky must pay their fees and costs.

Bevin appealed that ruling, hoping to hand the bill instead to the Rowan County clerk’s office. Davis acted alone, without any state support, the governor’s lawyers told the 6th Circuit in briefs ahead of the oral arguments.

“Her local policy stood in direct conflict with her statutory obligation to issue marriage licenses to qualified Kentucky couples. The local policy also undermined the Commonwealth of Kentucky’s interest in upholding the rule of law,” Bevin attorney Palmer G. Vance II wrote in one brief.

In other words, Bevin, who constantly trashes marriage equality and praised Davis for her stance, wanted no part in the punishment for her act of Christian bigotry. He may have called her an “inspiration“… but he refused to pay her bills.

But it wasn’t a reasonable argument. The state government had every opportunity to punish Davis at the time — and did nothing. They eventually accommodated her wishes by changing the law to remove clerk signatures from marriage licenses. The judge who ruled against her even said as much.

Davis’ statutory authority to issue Kentucky marriage licenses came from the state government, [U.S. District Judge David] Bunning said. And had the state chosen to, he said, it could have pursued criminal penalties against Davis for official misconduct for refusing to do her duty, or the legislature could have impeached her and removed her from office.

Instead, the state legislature “modified the marriage license form to appease Davis,” he said. Bunning rejected holding Davis personally responsible for the money because the couples prevailed against her in her “official capacity” as a public official, not as an individual, he said.

Bevin deserved the blame as much as her. And that’s what the Appeals Court said today. The commonwealth of Kentucky will be required to pay Davis’ fine.

… As the district court put it, “[p]laintiffs did not achieve ‘only a symbolic victory”; “[they] won the war.” They prevailed, and because they prevailed, they’re eligible to recover attorney’s fees… The district court gave us an excellent explanation for the award amount, so we defer to its well-reasoned decision.

That’s a $222,695.00 bill for faith-based bigotry. Maybe Davis can chip in some of her book royalties. (Just kidding. There’s no chance in hell that many people bought it.) 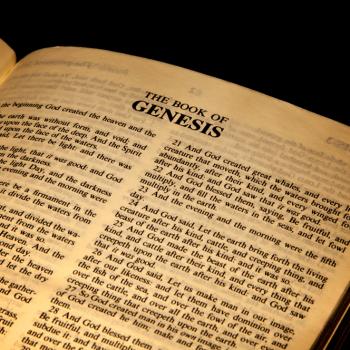 August 23, 2019 Appeals Court Wrongly Dismisses Atheist Prisoner's Lawsuit Over Equal Treatment
Browse Our Archives
What Are Your Thoughts?leave a comment