You remember Paige Patterson. He’s the former Southern Baptist Convention leader and garbage human who has been the subject of a flurry of articles in the past year or so, all about how he mistreats women and ignores their allegations of sexual assault against people under his umbrella.

Turns out he’s even more of a monster than we knew. Who could’ve guessed?! (That’s rhetorical. Everyone guessed.)

Patterson’s infamy became clear in April of 2018 when we learned he once offered “advice” to women trapped in abusive marriages by telling them to stay and pray. In a separate sermon, he made creepy sexual remarks about an underage girl. As president of Southwestern Baptist Theological Seminary, he once told an alleged rape victim to not talk to the police and forgive the rapist. Last September, he body-shamed a woman during a sermon while also condemning those who make false accusations against men (as if that routinely happens). And in June, a lawsuit alleged that a former seminary student told him that someone at the school had raped her at gunpoint and taken pictures of her for blackmail purposes… and Patterson responded by shaming and shunning her.

The later account of his Southern Baptist brand of non-accountability comes from Robert Downen of the Houston Chronicle.

As the story goes, Patterson “mentored and assisted” a gifted young preacher named Darrell Gilyard even after learning about multiple allegations of sexual assault against the man.

… a newly unearthed trove of documents and videotape shows that Patterson personally investigated and downplayed numerous sexual misconduct allegations against Gilyard during his meteoric rise in the SBC.

Patterson continued to downplay the claims even after his protégé confessed and resigned from Victory Baptist Church, near Dallas, in July 1991. Speaking to the congregation that night, Patterson called many of the accusations untrue. Others he described as “sins” committed by women who were “not innocent either” and Gilyard, whom Patterson then hailed as a “spokesman of God” and “one of the most brilliant men who has ever stepped into the pulpit.”

Patterson also chastised a pastor who publicly told his congregation why Gilyard had resigned from their church, telling him that discussing allegations against the young preacher would prevent him from rehabilitating. (Patterson didn’t seem to care for the women who made the allegations.)

The entire story is infuriating. Time after time, Patterson had the chance to stop this man from doing more damage, but kept lifting him up at the expense of all the women he hurt. Or allegedly raped. Or, in one case, impregnated soon after her husband died.

If you’re a Southern Baptist, this is the organization you’re supporting when you go to church and hand over your money. And this is just the tip of the iceberg. 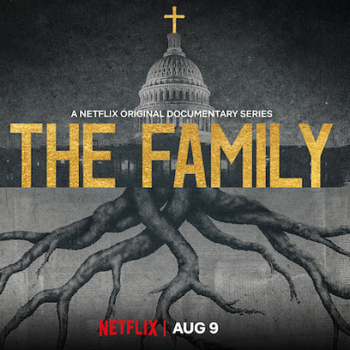 August 22, 2019
Christian Site: Netflix's "The Family" is a "False, Abhorrent Piece of Bigotry"
Next Post

August 22, 2019 Catholic Priest Arrested for Tying Up, Blindfolding, and Throwing Boy in Closet
Browse Our Archives
What Are Your Thoughts?leave a comment