Christian Site: Netflix’s “The Family” is a “False, Abhorrent Piece of Bigotry”

The Christian movie review site MOVIEGUIDE®, which hands out awards each year to the Christianiest of Christian movies, is very very very troubled by the Netflix series The Family. That would be the documentary based on the book by Jeff Sharlet all about the secretive yet highly influential Christian organization in Washington, D.C.

The site calls it a “bigoted limited series” but the real fun comes in their brief explanation of why they hate it. 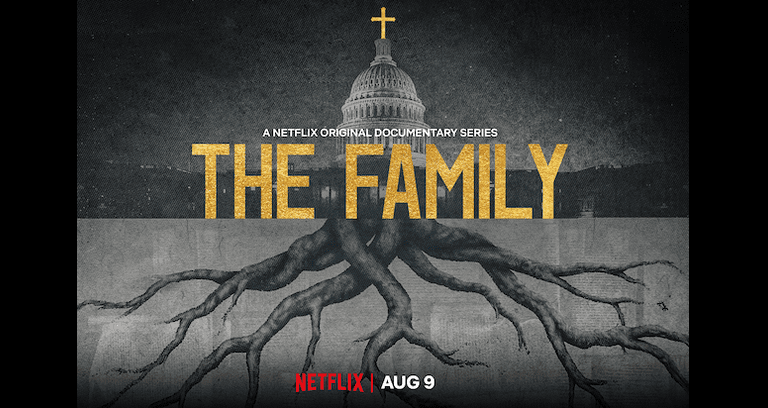 … Discerning viewers will note that some of the archival footage is edited deceptively, without proper context. Also, the actors who play Christians in the reenactments appear socially inept, strange and unbelievable.

Based on a biased book by Jeff Sharlet, THE FAMILY contains strong Christian, biblical elements with depictions of prayer and other Christian practices. However, it often depicts Bible-believing Christian conservatives as power-hungry elitists and hypocrites. As such, it presents a very strong anti-Christian, humanist view of its subject. THE FAMILY is a false, abhorrent piece of bigotry.

They’re mad because the conservative Christians depicted in the series are power-hungry (which they are), hypocritical (totally), elitists (of course), cult-like (so true), socially inept (yep), strange (no kidding), and unbelievable. I’ll give them credit for the last one. The characters really are unbelievable. But they do exist. Mike Pence alone fits all those descriptions.

Just because you don’t like how you’re portrayed in a movie doesn’t mean the portrayal is unfair. And it’s telling that the review doesn’t ever explain why the descriptions are wrong. What exactly was untrue? Just because the Christians involved may be well-meaning doesn’t mean their quest for religious domination of government is any less creepy. And if you can’t see a direct connection between what The Family wants and what’s happening in government today, then you must be walking around with blinders on.

The movie received the lowest possible “Acceptability Rating” of -4 (on a scale of -4 to +4). That means the series falls under a category described as “ABHORRENT: Intentional blasphemy, evil, gross immorality, and/or worldview problems.”

All the more reason for you to watch it if you haven’t already.

August 22, 2019
Priest Who Allegedly Stole $100K in Donations Sent Some to Men He Met on Grindr
Next Post