Televangelist: God Caused a Huge Oil Spill Because of How Obama Handled Israel

Televangelist Frank Amedia, who has a long history of saying bizarre things and claimed last year that his prayers helped a baby grow 1.5 kidneys, said in a recent speech that the 2010 Deepwater Horizon oil spill was a direct result of God punishing President Obama for snubbing Israel’s prime minister.

“How many of you remember April 20, 2010?” Amedia asked. “Deepwater Horizon blew up. Now, a few days before that, there was an earthquake in Georgia Sound up in Alaska. The day the Georgia Sound earthquake happened, I received the anger of the Lord, and I did because it came out that Benjamin Netanyahu, the prime minister of Israel, went in to our White House to visit with our president to talk about the division of the land of Israel. You wanna push God’s buttons? Start talking about Israel and dividing his land.”

“Sunday night, Georgia Sound, boom! I said, ‘There it is in the north,’” Amedia continued. “Wednesday, April 20, Deepwater Horizon blows up. Boom. I said, ‘God’s angry.’”

By that logic, God ought to be rewarding us for the way Donald Trump has treated Netanyahu… and yet we’ve seen mass shootings, environmental disasters, and chaos everywhere else. It also suggests that the scientists who worked to stop the oil spill were working in vain since God would’ve solved the problem eventually.

Why does God only ever speak privately to the people who favor and disfavor the same politics and causes? That’s either extremely convenient or very suspicious. 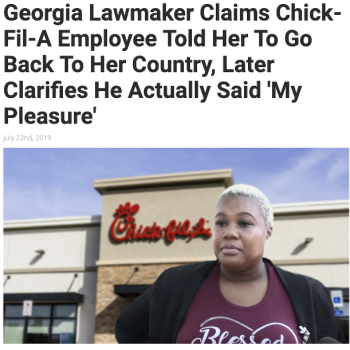 August 21, 2019
The Babylon Bee's Satire is Confusing Christians Who Think the Stories Are Real
Next Post 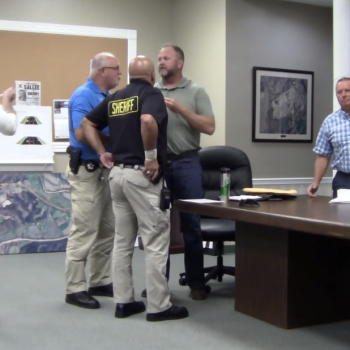