A Man Threatened to Kill His Friend With a Crossbow Over Their Flat Earth Wager August 21, 2019 Hemant Mehta

A Flat Earther recently bet his friend $10,000 that he was right about the shape of the planet… and, somehow, this story ends with him looking like the reasonable one. 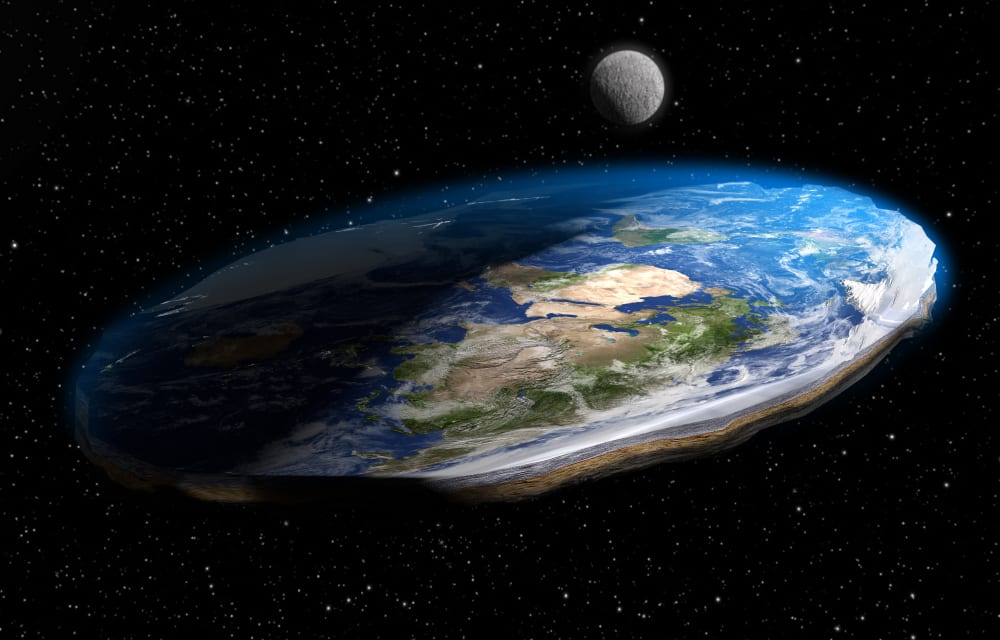 According to the Otago Daily Times, a New Zealand newspaper, the bet was made late last year. Louie Lanz was having dinner with his old grade school buddy Jamie Mathew Sutherland when Lanz insisted the Earth was flat… and put $10,000 on the line. Sutherland took him up on the offer because… why not? Easy money.

Lanz, who now seems to be playing this all off as a joke, didn’t make things any better when he told his buddy that, no, Sutherland would have to “pay up.”

The two ran into each other at a gas station multiple times in the coming weeks, and the situation escalated to the point where weapons were involved. (But not guns. Because this is New Zealand and they’re not idiots about guns like we are in the U.S.)

On February 14 the pair again encountered each other at the petrol station, Sutherland approached Lanz and became “more forceful” in his demand for the money.

[Said Lanz:] “[He said] if you don’t pay it I’ll get a crossbow, I’ll shoot you and your father, put you in the trunk and they’ll never see you again.”

Lanz eventually told his father about the situation because he worried Sutherland might act on his threat.

“When someone threatens to kill you with a crossbow it’s quite concerning.”

Sutherland had apologised to Mr Lanz for any comments he made and “made it clear” he accepted he would not be receiving any payment.

Glad that’s settled. Though it would have been even more hilarious had Lanz responded to the crossbow comment by threatening to push Sutherland over the edge of the planet.

He wouldn’t have lived to see the reaction, but at least the rest of us could have enjoyed ourselves.

August 21, 2019 Bethel (CT) Officials Finally Agree to Fair Lottery for All Holiday Displays
Browse Our Archives
What Are Your Thoughts?leave a comment