One of the worst reactions after the mass shooting in El Paso came from Texas Lt. Gov. Dan Patrick, who went on Fox & Friends and said that one of the causes for gun violence was the fact that kids are no longer forced to pray in schools.

Actually, he implied they weren’t allowed to pray at all.

The Texas Lieutenant Governor says it's not firearms or white supremacy that caused yesterday's massacre in El Paso, it's that kids don't pray in school anymore pic.twitter.com/lNedl0rg7U

… I look at, on Sunday morning, when most of your viewers right now, half of the country, are getting ready to go to church, and yet tomorrow, we won’t let our kids even pray in our schools…

The Austin American-Statesman recently fact-checked his claim. The end result — he lied — isn’t surprising to anyone who lives in reality, but here’s what’s interesting: The paper asked Patrick to comment on the fact that he lied, giving him the opportunity to correct the mistake.

To no one’s surprise, he doubled down on the lie.

Maybe kids are allowed to pray, he said, but they’re not forced to pray, and that’s the problem!

“I have pointed to a broad range of factors that contribute to domestic terrorism including a fraying in our culture that elevates hate and devalues life,” Patrick said. “In terms of prayer in our public schools, we do have a minute of silence for students to do what they wish, but there was a time when students prayed together out loud and students and schools weren’t sued or banned from praying at pep rallies and graduations. There was a time when city mayors didn’t sue pastors for their sermons and when reporters like you would never have challenged the idea that the issue of faith in America is important. We were a better country when everyone recognized that we all answer to a higher authority — and it wasn’t government. Many of us in America still believe that.”

My goodness, the man knows how to lie. Must be the Christian in him.

Just to point out a few things…

– When students “prayed together out loud,” it was always a Christian prayer. So Patrick is longing for the time when public schools sent a message to Jews, Muslims, Hindus, atheists, and everyone else that they didn’t matter.

– No one is banned from “praying at pep rallies and graduations.” They can still do that. No one has ever even tried to stop people from praying privately at school events. What Patrick wants is for administrators to push his religion on everyone else — something he would never accept if we were talking about a non-Christian belief.

– City mayors don’t “sue pastors for their sermons.” He’s presumably referring to a controversy that occurred in Houston in 2014, when lawyers for the city tried to subpoena sermons from a handful of pastors to find out what they were saying to their congregations as part of routine discovery in a legal battle. Even if you think the city went too far (and they very well may have), the pastors were never going to be punished over their beliefs. Their beliefs were (and remain) irrelevant. Conservatives, however, have latched onto the lie that the mayor wanted to arrest pastors for preaching the Gospel.

– Faith isn’t a virtue. It’s not the job of reporters to pretend otherwise. And fact-checking the Lt. Gov. over a lie he told on national television has nothing to do with demeaning religion. Patrick is just trying to blame the media for pushing back on his lie, since the kind of evangelical Christians who voted for him would never do such a thing. Just as with Donald Trump, they have no problem with politicians who lie in their favor.

– Leave it to a Republican to long for a time when Christianity was the default position of our public schools… a time, by the way, that was before the Civil Rights Act passed. He’s nostalgic for a time that was really shitty for a ton of other Americans. He just doesn’t give a damn about anyone else.

The Statesman didn’t go into detail about Patrick’s latest statement, but they helpfully took him to task for his original one:

School-sponsored prayer is prohibited, but students are allowed to pray individually and, in Texas, during a required moment of silence.

There is no statewide policy that dictates whether teachers can discuss current events with their students, including mass shootings. There are many avenues available to students who wish to discuss these events with school personnel.

We rate this claim False.

It’s an evergreen statement. Patrick, like so many Republicans, has no problem lying, because the people who vote for him love being lied to. 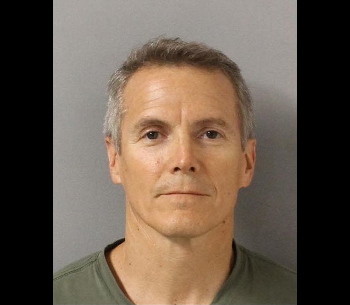 August 20, 2019
Peeping Tom in Nashville Store Turns Out to Be Mormon Leader
Next Post