Compared to his Republican predecessor, Florida Governor Ron DeSantis hasn’t been a total disaster when it comes to environmental issues. While he’s hardly a “Green New Deal” type, DeSantis has addressed a few issues to stem the consequences of climate change.

But he’s still hoping God will take care of everything he’s refusing to do. 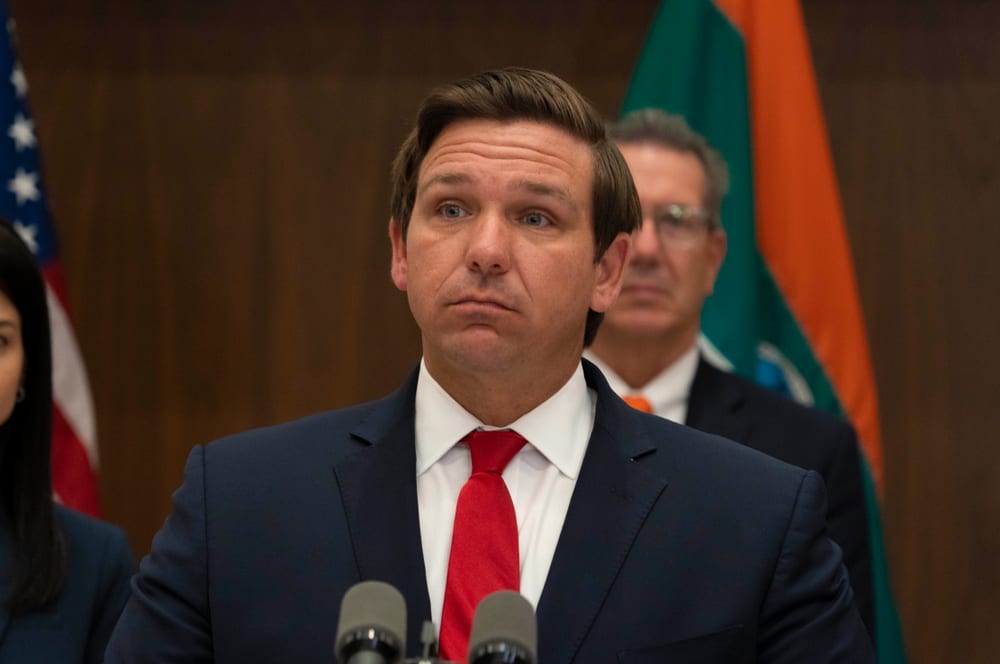 According to the Pulitzer Prize-winning Inside Climate News, DeSantis has appointed a qualified (!) chief science officer and opposed fracking and offshore oil and gas activities… but he hasn’t done much to address the pollution that contributes to global warming.

Again, it’s… something. At least DeSantis isn’t imitating now-Senator Rick Scott and denying science entirely. But during his campaign, DeSantis wouldn’t even admit humans contributed to the climate crisis, and when he was in Congress, he was a typical Republican on damn near all environmental issues. Democrat Andrew Gillum would’ve done more.

That’s why it’s almost depressing to hear what he did during a trip to Israel in May.

According to DeSantis, who told the story yesterday, he followed a Western Wall tradition by sticking a piece of paper with a prayer written on it inside the wall’s crevices, and his request was exactly what we’ve come to expect from the GOP:

Florida Emergency Management Director Jared Mokowitz says he also inserted a prayer at the Western Wall on the same trip. He says his prayer was the same as the governor’s.

God didn’t do that in the past, despite everyone’s prayers, so who knows why they think God will change tactics now. If Florida wants to avoid the consequences of catastrophic natural disasters, it needs to take far more serious action on climate. The baby steps that DeSantis is taking aren’t good enough.

When the governor is to focused on trying to mitigate the consequences of disasters, instead of addressing the root causes, he shouldn’t be surprised when nothing changes or things get worse.

DeSantis may not be the “Environmental Disaster Everyone Thought He’d Be,” but that doesn’t mean he’s doing enough. By electing him, Florida chose a man who’s asking God to fix a problem that he’s purposely downplaying. The fear is that citizens won’t realize what they’ve done until it’s far too late.

August 20, 2019 Cardinal George Pell Loses Appeal in Sex Abuse Case, Will Remain Behind Bars
Browse Our Archives
What Are Your Thoughts?leave a comment