A federal judge has tossed out a perfectly sensible lawsuit from the Center for Inquiry, which was challenging the state of Texas over its marriage laws. CFI said it was illegal of the Texas government to require officiants to be either religious leaders or certain government officials. Secular Celebrants were effectively shut out of the process.

The relevant part of the Texas law can be found in Section 2.202:

Trained Secular Celebrants, however, were denied the same opportunity for no good reason.

The lawsuit was on behalf of two plaintiffs, Eric McCutchan and Arthur Bratteng (Director of CFI Austin), who held Secular Celebrant titles but were not allowed to conduct wedding ceremonies — at least not ones that “count.”

And CFI made clear that their members wanted people like McCutchan and Bratteng to perform their ceremonies. Having a “secular” judge do it instead involved limitations on the time and location of the ceremony, may have included religious language, carried a “governmental overtone,” and — most obviously — was conducted by a state official who didn’t know the couple personally.

That’s why CFI wanted the law to change:

Even in Texas, this should have been a clear ruling in favor of the plaintiffs. The benefits were obvious, the harm was non-existent, and the legal precedent was fully on the celebrants’ side.

Instead, U.S. District Judge Jane J. Boyle said the law, as written, was constitutional and CFI has no business arguing otherwise.

She specifically looked at the various tests the Supreme Court has used for determining a law’s constitutionality if it involves religion.

There’s the Lemon Test (a three-step approach that asks if a law has a secular purpose, if its main purpose is to promote religion, and if it creates excessive entanglement with religion).

There’s the Endorsement Test, which just asks if the law endorses religion.

There’s also the (brand new, thanks to Justice Samuel Alito) Christian Grandfather Clause Test, which says something that might be illegal gets a free pass if it’s really really old.

She started with the Christian Grandfather Clause Test:

… Defendant [Texas] argues that the notion that marriage ceremonies must be officiated by a religious officer or by a specified state official is and has been uncontroversial throughout the Nation’s history, and were within the rights understood and established by the Framers

See? No one argued about it in the past, so it must be okay! The judge said there was merit to that argument, but added that this was the wrong test to use in this situation because the other cases that relied on this argument often involved public prayers. This was about a private wedding ceremony.

She moved on to the Lemon Test, claiming there was no evidence the law was designed to be anything but secular (it’s not like the people who wrote it said, “Up yours, atheists” when they passed it) and the fact that secular government officials could solemnize a wedding meant it wasn’t some pro-religious law.

Did it promote religion? No, she said, because anyone looking at the law wouldn’t come away thinking it offered some special benefit to people of faith.

Looking at the Statute as a whole, and guided by the longstanding tradition in this Country of allowing religious officials to conduct marriage ceremonies, the Court does not find that a reasonable observer would view the Statute’s principal or primary objective to advance or endorse religion. The Statute does not discriminate among religions nor does it have the primary objective of favoring religion over nonreligion

See? Most people can’t read between the lines, so there’s no reason to say this law promotes religion. By that reasoning, the law also can’t be stopped by the Endorsement Test.

What about excessive entanglement? No, she said, because the church doesn’t care what religion you are or how your church designates someone as an officiant, and because the law gives the same celebrant power to “secular” government officials that have nothing to do with a church.

With the big tests out of the way, the judge looked at precedent. Why should the Texas law get a pass when an appellate court found that a nearly identical law in Indiana was unconstitutional? In short, besides the fact that Indiana is in another jurisdiction, she said there were enough differences between the laws that she could rule differently here:

… unlike the Indiana statute and Indiana’s actions in favoring certain religious sects over others, Texas’s hands-off approach to marriage solemnization in this case does not constitute a violation of the Establishment Clause.

The judge also dismissed the Equal Protection argument which said the two Celebrants were being treated as second class citizens because of their beliefs. She wrote that the law in question isn’t anti-atheist; it just separates who can and can’t solemnize a wedding, and that’s legal.

Because the Statute does not dictate who can and cannot be married, but instead sets requirements for how to achieve legal marriage status in Texas, it does not burden a fundamental right. Nor does the Statute target a suspect class as defined by law.

Plaintiffs have not shown, and the Court does not find that Plaintiffs are being singled out for differential treatment because they profess to have a secular belief system. Instead, as discussed above, the statute, based on the long history of marriage solemnization in this Country, provides alternatives for secular individuals who do not wish to be married by a religious official by providing a list of secular individuals who may solemnize a marriage.

See? The law isn’t against atheists! Atheists have plenty of options if they’re looking for someone to solemnize their wedding. They can use a judge. Or a priest. Or a friend who pays a few bucks and pretends to be a priest.

If that seems like logical pretzel-making to you, it is. The judge used twisted arguments to pretend that the anti-atheist burdens in Texas’ law don’t really inconvenience atheists. And even when they do, it’s not crossing any legal line.

Just look at the contortions in this summary:

The fact that the Statute does not allow every secular individual trained to solemnize marriages to legally solemnize marriages in Texas does not make this statute unconstitutional. Instead, there is a rational basis for the Statute’s limitation based on both the historical practice of allowing judicial and religious officials to solemnize marriages, and because these individuals and their respective organizations can reasonably be expected to ensure the prerequisites to marriage are met and that the ceremony contains the necessary level of respect and solemnity without the need for significant involvement and oversight by the state.

The judge is saying that an online “church” that takes your money and makes you a priest without ever having met you is perfectly fine, while a secular organization that takes time to train celebrants to perform the same tasks can be dismissed under Texas law.

It’s an unearned gift to religion.

CFI will have to decide whether it wants to appeal this ruling.

They should. After all, this is a rare loss for them when fighting these kinds of battles. They’ve been successful in Oregon (legislatively), Illinois (via lawsuit), and Indiana (also via lawsuit). All three states now allow Secular Celebrants to officiate weddings. A similar lawsuit is still ongoing in Michigan. CFI says it’s also working with Ohio lawmakers on a legislative fix to their problem.

Nick Little, CFI’s legal counsel, said an appeal was in the works in a statement to me this morning:

We’re extremely disappointed. It’s simply a bad decision that ignores the plain facts. We’re talking with our lawyers about the possibility of an appeal to the Fifth Circuit.

It’s important to remember that this happened in Indiana too; the trial court in that case made a poor decision, only for us to win a landmark victory on appeal.

There’s no reason Texas should be allowed to stop trained atheists from doing what dollar-store theists can already do with the full weight of the law. They figured that out in Indiana. They’ll learn that eventually in Texas, too. 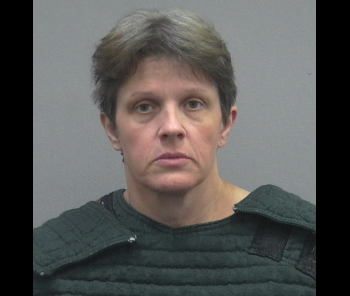 August 19, 2019
"God’s Will" Prompted FL Woman to Try and Kill Her Two Sons and a Truck Driver
Next Post 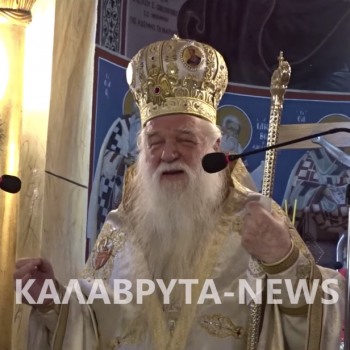