In 2002, when she was 14, Elizabeth Smart was kidnapped from her Salt Lake City home. She was found nine months later. The whole story, and the bizarre twists in included, have been the subject of many books and made-for-TV movies, in part because she’s said that growing up in a Mormon culture that treasured “purity” made it more difficult to escape her kidnapper even when she had the chance. Having been sexually assaulted during the ordeal, she didn’t think she would have worth going back into the real world.

Smart has since become a fierce advocate against purity culture, especially the kind she saw within The Church of Jesus Christ of Latter-day Saints.

It looks like she’s not the only one in her family who’s had a wake-up call about the Church.

Her father, 64-year-old Ed Smart, announced yesterday in a private Facebook message to family and friends that he was gay, that he had gotten a divorce, and that he’s leaving the Mormon Church altogether. 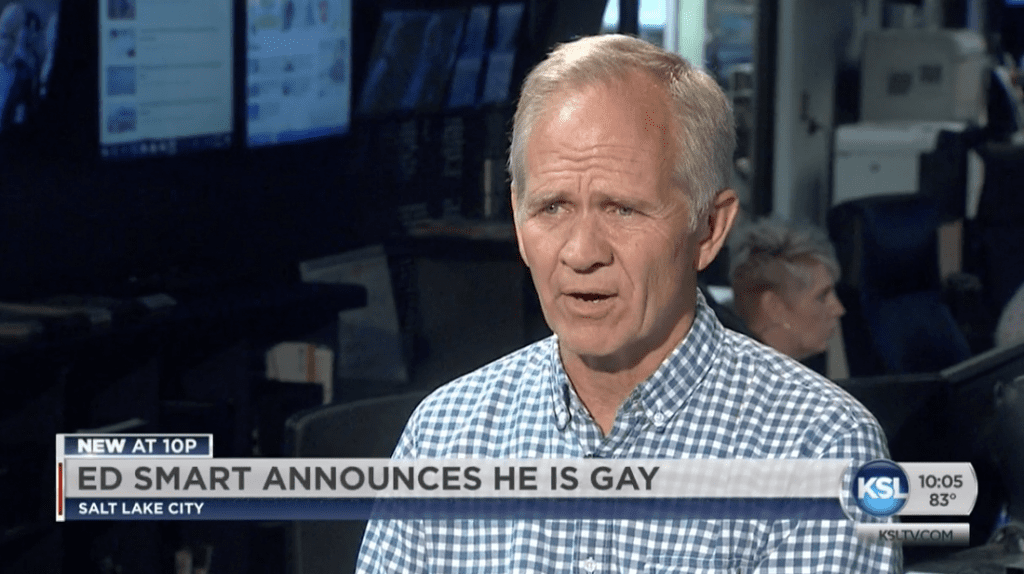 In “one of the hardest letters I have ever written,” Smart wrote that “I have recently acknowledged to myself and my family that I am gay.”

“The decision to be honest and truthful about my orientation comes with its own set of challenges, but at the same time it is a huge relief,” he wrote. “Living with the pain and guilt I have for so many years, not willing to accept the truth about my orientation has at times brought me to the point where I questioned whether life was still worth living.”

“My faith is strong, and unwavering, however, after considerable study, prayer and pondering I have come to a change in my beliefs. It is because of this change, that I can finally acknowledge and accept my orientation. Had I not had a change in my beliefs, I would have likely remained closeted the rest of my life,” he wrote.

Good for him for taking this courageous step. It’s hard coming out, period. Imagine the difficulty of doing so when your public persona is so tied to your faith.

Smart said that one of the main reasons he went public was seeing how LGBTQ were treated within Mormonism. The Church has long opposed same-sex marriage and was one of the primary reasons Proposition 8 passed in California in 2008. The way Mormons suppress their same-sex desires has been the subject of criticism and mockery (as anyone who’s seen The Book of Mormon can tell you). The Church was no longer a place where Smart found comfort. To paraphrase the famous saying, why be part of a club that wouldn’t want you as a member if they knew the truth?

Many commenters on various news sites are furious that such a prominent figure is getting a divorce. I guess they’d rather see him stay in a sham marriage than an honest one.

Elizabeth Smart is still Mormon, as far as I can tell, and still pushing for changes within the Church, but she expressed support for her father in a public statement:

“While I am deeply saddened by their separation, nothing could change my love and admiration for them both. Their decisions are very personal. As such, I will not pass judgment and rather am focusing on loving and supporting them and the other members of my family,” she said.

It’s the right thing to say. I hope it has the added benefit of being true.

(Screenshot via KSL. Thanks to @pacoarce for the link) 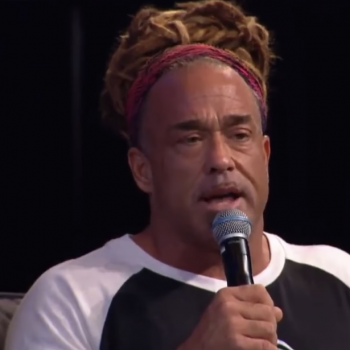 August 16, 2019 A Preacher Claims He Miraculously Healed a Polio-Stricken Man's Short Leg
Browse Our Archives
What Are Your Thoughts?leave a comment