Alleged Child Molester Roy Moore: Being Transgender is “Not Biblical”

Alleged child molester Roy Moore can’t seem to make much headway in his attempt to win the GOP primary and score a rematch against Democrat Doug Jones for a U.S. Senate seat. He’s not raising a lot of money, and the whole ugh-he’s-creepy factor has conservatives looking at more traditionally incompetent Republicans.

It’s what he’s known for, so might as well play the greatest hits.

During a recent speech to the Dekalb County Republican Breakfast Club, Moore explained that he opposed civil unions (much less same-sex marriage) because sodomy was sinful. He saved the bulk of his rage, however, for transgender people.

“You know, the LGBTQ-VRSTUV, I don’t know what it is — LGBTQ, when they first came out, I said, ‘Transgender? Never. That’s dumb,’” Moore said. “We’d never have that. Do you know what transgender is? That’s not Biblical. If that’s Biblical — God created man and woman. And when men want to be women? I was watching ‘M*A*S*H’ the other day — talking about Korea, Vietnam. I was watching ‘M*A*S*H,’ talking about what’s his name — Klinger. He wanted to get out of the Army because they didn’t accept transgender. Now, I guess he would get a promotion.”

He makes it sound like people choose to be transgender because of all the perks when the reality is they are trans, and it’s difficult to be public about that because conservatives find joy in making your life miserable. (Needless to say, being trans has nothing to do with men wanting to be women. That’s not how it works.)

It’s not that these statements are shocking, especially coming from Moore, because this is who he is: A Christian bigot whose power has always come from putting his personal religious beliefs over any law. For many Christians, that was a winning attitude… until they found out what he did to little girls.

Of course, this is Alabama. His comments might be appalling in most other parts of the country, but plenty of voters in the South agree with Moore. They’re not bothered by his blatant bigotry. But they should know better than to take any moral lessons from an alleged child molester who would be a national embarrassment for years to come. 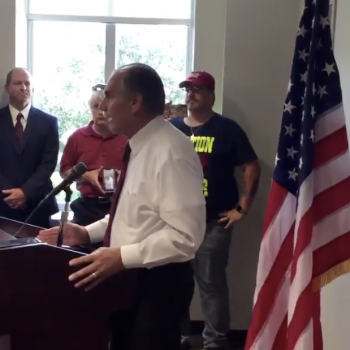 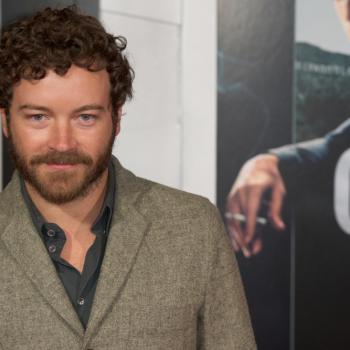