When kids returned to First Coast High School in Jacksonville, Florida this week, one science classroom included a lengthy message on the whiteboard for students. Students in the homeroom of Mr. Daniel Goodman were given a message that racism was over and everyone needed to stand for the Pledge.

THINK: We had about a half million Americans die in our Civil War, which was largely to get rid of slavery. There are no longer separate water fountains and bathrooms in Jacksonville for “white” and “colored,” as Mr Goodman remembers from the 1960′s. We have had a Black president, the superintendent of Duval Schools is a Black woman. Mr Fluent, our principal, replaced a Black man, Mr. Simmons, who now is a DCPS administrator.

MY POINT? You are all extremely lucky to be living in the U.S.A. If you refuse to stand during the Pledge of Allegiance or our National Anthem, are you revealing maturity and wisdom? Actually, you are displaying the opposite (as some pampered arrogant celebrities and athletes tend to do) — Mr. G.

Imagine how ignorant you have to be to think racism is over because you can name a handful of successful African American people. That’s just a dumb opinion, but the Pledge line — suggesting that all students need to stand for it and to protest means you’re immature, unwise, pampered, and arrogant — is downright illegal. Students are always allowed to remain seated during the Pledge and no teacher has any right to stop it or suggest it’s wrong or disrespectful.

What a horrible way to begin the school year, too. Kids who want to protest will have to ask themselves if their civil disobedience will somehow affect their science grade.

After that image was posted on Facebook and began spreading online, the District, to its credit, took action by removing Goodman from the classroom. It’s unclear how or when or if he’ll be disciplined. It’s also unclear if this is a paid leave.

“The statements made by the educator are not consistent with state statute or school board policy,” Duval County Public Schools said in a statement.

Florida Statute 1003.44 and Board Policy 3.60 says students are excused from reciting or standing for the pledge as long as their parent or legal guardian files a written request. The district’s code of conduct covers this as well. It says students have the right “not to participate,” which includes “reciting,” “standing and placing the right hand over [their] heart.”

Goodman’s actions have been referred to the Office of Professional Standards for “review and appropriate action,” the district said. In the meantime, the teacher has been removed from his classroom.

That Florida statute, by the way, is also illegal. Students don’t need a note from their parents to exercise their civil rights and refuse to say the Pledge. (In fact, it’s likely many of the students who protest have parents who wouldn’t sign such a note.) But even if you set that aside, the school needs to make it explicitly clear to students — and staff, apparently — that the Pledge is optional and no student will ever be punished for not wanting to say it. Same with the National Anthem and other acts of pretend-patriotism.

By the way, one parent of a student in that class said she’ll try to get her daughter switched out of it if Goodman isn’t removed permanently. This line from a local news report is also extremely telling:

Other parents told News4Jax off-camera that they agree with the teacher’s opinion and feel he shouldn’t be reprimanded.

Cowards. Show your faces. Even those parents are smart enough to know they should hide their bigotry — the news station did a disservice to the public by honoring their request to remain anonymous.

(Thanks to Valerie for the link) 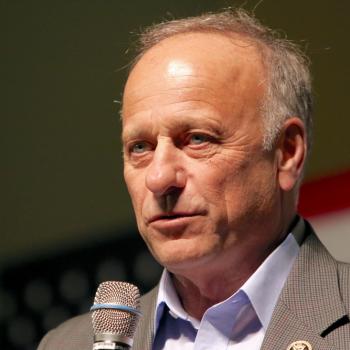 August 15, 2019
GOP Rep. Steve King: If Not for Rape and Incest, Would Humanity Even Exist?
Next Post 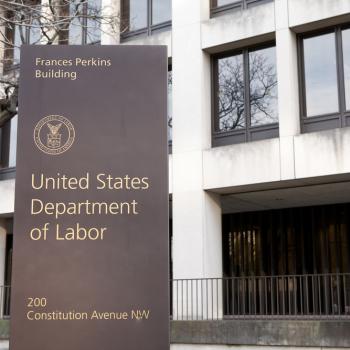