There are currently nine states that have implemented laws forcing public schools to put up “In God We Trust” signs (with more trying to pass that legislation). Many of those states are very specific about the size of the displays… but not Kentucky.

That’s why, yesterday, I could post about how the Fayette County Public Schools (in Lexington) put up framed copies of the back of a one-dollar bill. It says the phrase on the currency… but the law didn’t require the wording to be front and center, or in large font, or much of anything else. I said it was a brilliant way to subvert the system while still following the letter of the law.

Now American Atheists wants to help other schools in Kentucky do the same thing.

“When non-Christian students are confronted with this divisive motto in every classroom, every day, they are left with the unmistakable impression that they aren’t fully American,” said Nick Fish, President of American Atheists. “The public education system should be focused on one thing: Educating young people. These political fights have no place in our nation’s schools.”

“As a Kentucky parent, I owe it to my three children to protect them from this sort of forced religious indoctrination,” said Johnny Pike, American Atheists’ Kentucky State Director and a U.S. Army veteran. “It attacks my family’s patriotism. Even if we do not ‘trust in God,’ we are just as American as anyone else.”

This isn’t just talk. They are making the following “historically accurate” poster available, for free, to anyone who wants to put it up — including teachers, parents, administrators, and librarians.

Rather than just focusing on the four words, the focus is on our nation’s original (albeit unofficial) motto “E Pluribus Unum”: 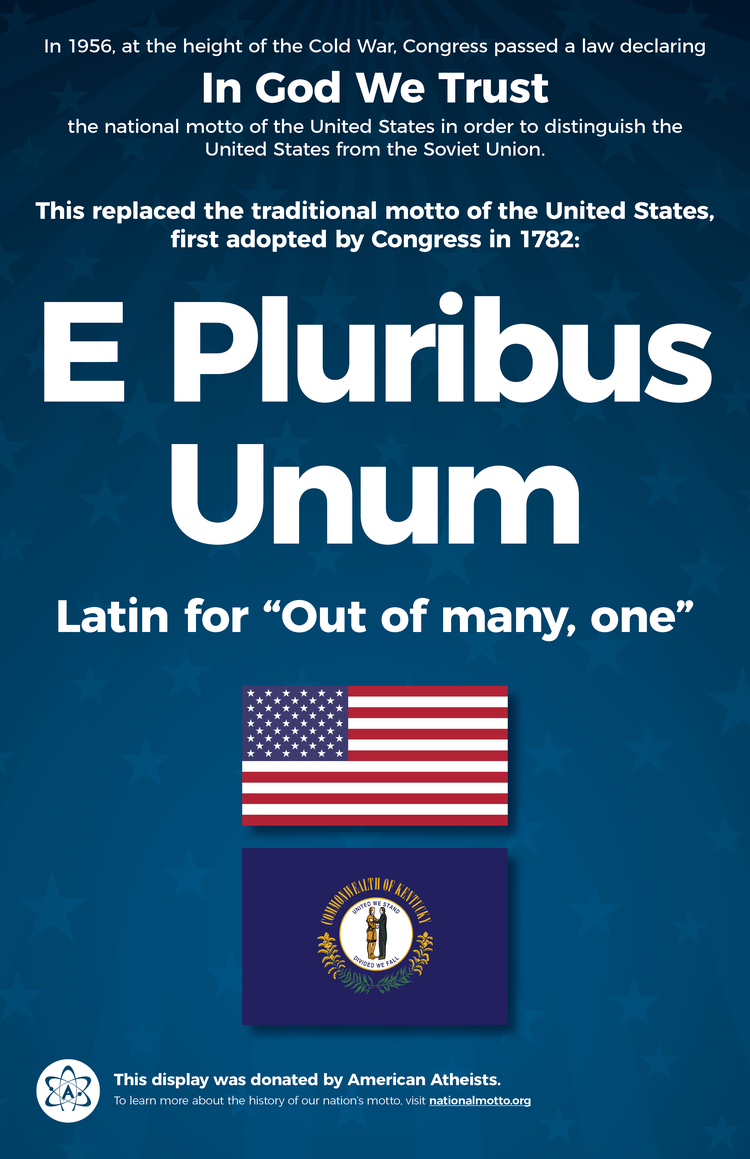 American Atheists is committed to providing students and the public with the full and accurate history of our nation’s motto. Therefore, we are offering donations of laminated posters to Kentucky schools for use in all classrooms and libraries.

We believe that our posters are valuable educational tools that will provide students with an accurate, historical, and contextual understanding of the national motto.

Look at that! It follows the law and teaches kids about the motto’s history! Who could possibly be against that?

American Atheists’ website for the project also informs readers about why these laws, promoted by Project Blitz, are such a focus for the Religious Right and why we should all be concerned.

I hope they keep a running public tally of which schools are represented by the poster requests. The longer that list gets, the more infuriated Kentucky conservatives will surely get. 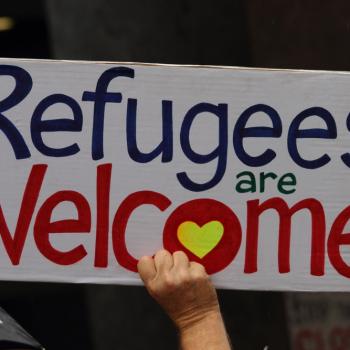