A gun-hoarding man in Ohio was arrested and charged with making threats against law enforcement after his online activity revealed he was going after federal officers and Planned Parenthood. 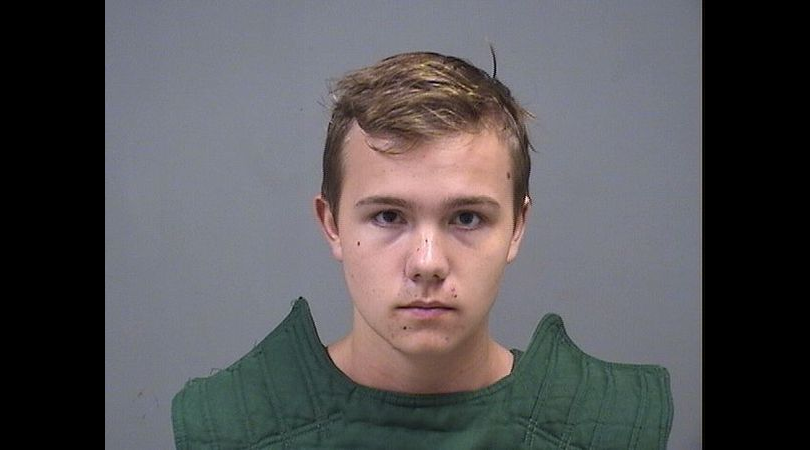 Police arrested Justin Olsen last week after he reportedly posted his support of mass shootings. When they went inside his house, they found 25 guns and 10,000 rounds of ammunition.

They also found his username.

Olsen used the handle “ArmyOfChrist” as his moniker on iFunny, a website where people can posts memes, photos and statements on a variety of topics. There, he told fellow users that he supported mass shootings and attacks on Planned Parenthood, according to an affidavit written by FBI agent Themistocles Tsarnas.

The threats included a June 2 discussion about the Branch Dividians in Waco, Texas, officials say. In 1993, cult leader David Koresh and many of his followers were killed following a standoff and raid by state and federal law enforcement.

Olsen wrote, “in conclusion, shoot every federal agent on sight,” according to the affidavit.

It’s telling that he was using an outdated humor website that has now been overrun with hard-right voices. His discussion of the Branch Davidians is also interesting since he criticizes federal authorities for labeling it a cult when the truth, he says, is that they were “just some Christians living in a commune.”

(There is a dispute over whether the ATF fired on the commune first or not, but, to be clear, David Koresh checks every box for a cult leader. The group’s cult status isn’t in doubt.)

The investigation into Olsen began in February.

Tsarnas’ affidavit says FBI agents in Alaska began investigating “ArmyOfChrist” because of postings that supported violence. By March, the FBI noticed that about 4,400 people subscribed to his account, which showed a large increase over the previous month.

Olsen also posted statements such as “don’t comply with gun laws, stock up on stuff they could ban. In fact, go out of your way to break these laws, they’re f—–g stupid,” the affidavit says. He also wrote “Hell, even the Oklahoma City bombing shows that armed resistance is a viable method of political change. There is no legal solution,” according to the affidavit.

It’s all terrifying, and we should be grateful and relieved that he was caught before he could do anything with those weapons. We should also be asking questions about how he acquired them. There’s no reason he should’ve been able to get or keep those guns, especially after his threats surfaced.

Olsen has said his posts were a “joke,” but judging by his mugshot, even he’s not laughing. 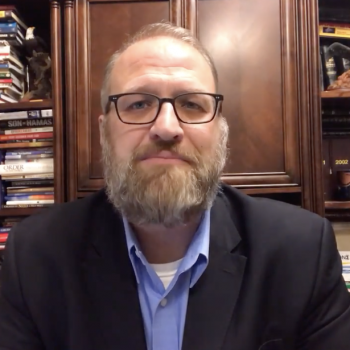 August 15, 2019 Donald Trump’s Tariffs on Chinese Goods Will No Longer Apply to Bibles
Browse Our Archives
What Are Your Thoughts?leave a comment