Back in June, we published an update on Renee Bach, the American missionary who “treated” malnourished children in Uganda without proper medical training.

As a result of her incompetence, 105 kids died.

The parents of two of those children were suing her for misrepresenting herself and her “clinic” as a legitimate medical facility, stocked with properly trained staff.

Since then, Bach’s clinic has been shut down. Bach was granted permission to re-open on the grounds that she hire trained medical staff, but Primah Kwagala, an attorney representing those two mothers in the lawsuit, wants to see her held accountable for her actions (or inactions, as it were).

As far as trials go, the process is slow-moving, but Bach is expected to appear in Ugandan court in January of 2020, according to NPR, which recently ran a segment about this case:

Bach says the publicity in Uganda over the suit has already made it untenable for her to remain there. “I get death threats all the time.” She has moved back to Virginia and has no plans to live in Uganda again.

Kwagala says the suit is deeply necessary. These families deserve justice, she says. And there’s a larger principle at stake: Imagine, says Kwagala, if a 20-something Ugandan woman had gone to the U.S. and set up an equivalent arrangement to treat impoverished American children.

In the U.S., says Kwagala, “I don’t think she would have lasted two hours.”

Bach “playing doctor” is a symptom of a larger problem with many Christian missionary groups coming from the U.S.: They promote “voluntourism” over actual help. Even if they mean well, the missions often serve as little more than backdrops for Facebook photos. The missionaries siphon money from local economies. Even when hospitals and schools are needed in those communities, the people sent there often lack experience and are primarily driven by a “calling” from God rather than a desire for justice and a willingness to monitor their projects in the long term.

While not specifically stated in the NPR piece, it’s implied by missionaries like Bach that predominantly black, impoverished nations are a fair playing ground for Christians who mean well, no matter how much damage they do.

Maybe this will be the case that finally sends churches the message that this is not okay.

August 15, 2019
Donald Trump’s Tariffs on Chinese Goods Will No Longer Apply to Bibles
Next Post 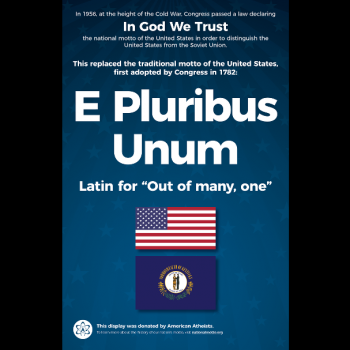