When a group of “oppressed” straight men decided it was necessary to hold their own Straight Pride event in Modesto, California in response to LGBTQ events, it’s not surprising that plenty of straight allies spoke out against it.

What may come as a shock is that the son of the event’s organizer was among those voices denouncing the upcoming event.

28-year-old Matthew Mason is the “adopted and estranged” son of Mylinda Mason, who is organizing the Straight Pride rally. Matthew wants the world to know that love can triumph over hate. He even helped plan a candlelight vigil this week against the event.

Matthew Mason is a Turlock resident and attends California State University, Stanislaus. He said he was no longer welcome at home when he came out as gay at 19. He said he continued to maintain a relationship with his adoptive mother but the two have been estranged for the last few years.

Matthew Mason said: “They believe Western Civilization should be straight, white and Christian with a very specific gender binary. They believe this should be a culture war. It’s rhetoric I’ve heard my whole life.

While Matthew’s story of abandonment by the people who should have loved him is tragic, it’s encouraging to see that he has not become a product of his toxic environment. Even though he’s an adult, I hope he’s able to find a family, however he defines that, who will love him for who he is.

In the meantime, the “National Straight Pride Coalition” says their plan is to celebrate “heterosexuality, masculinity-femininity, babies-born and unborn, Western civilization, our wonderful country, Christianity.” They also denounce “Humanism/Satanism,” which they say is attacking Christianity.

It’s not just “Straight Pride.” It’s us versus them. It’s a narrow view of humanity versus a more inclusive society that doesn’t treat people as inferior because they’re not part of a particular majority. It’s a view that leaves plenty of people out in the cold even if they’re not in the LGBTQ community. It’s a rally that deserves to be opposed.

Thankfully, one of the more prominent voices of reason is coming from an unexpected place. 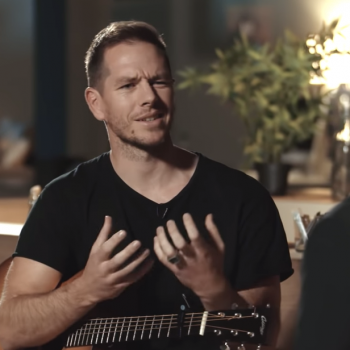 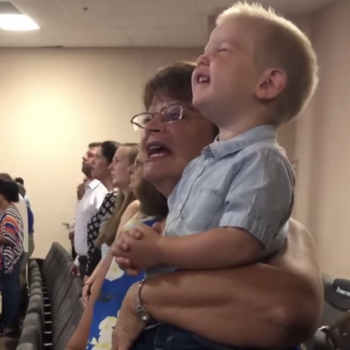