The organization that oversees the Jehovah’s Witnesses is currently embroiled in a major legal battle that involves child molestation, religious secrecy, and (possibly) the Supreme Court. The entire story is bananas, and both sides have now made their arguments as to why their case should (or should not) be taken up in the Court’s next term.

While we await the Court’s decision, it’s worth summarizing what this is all about. 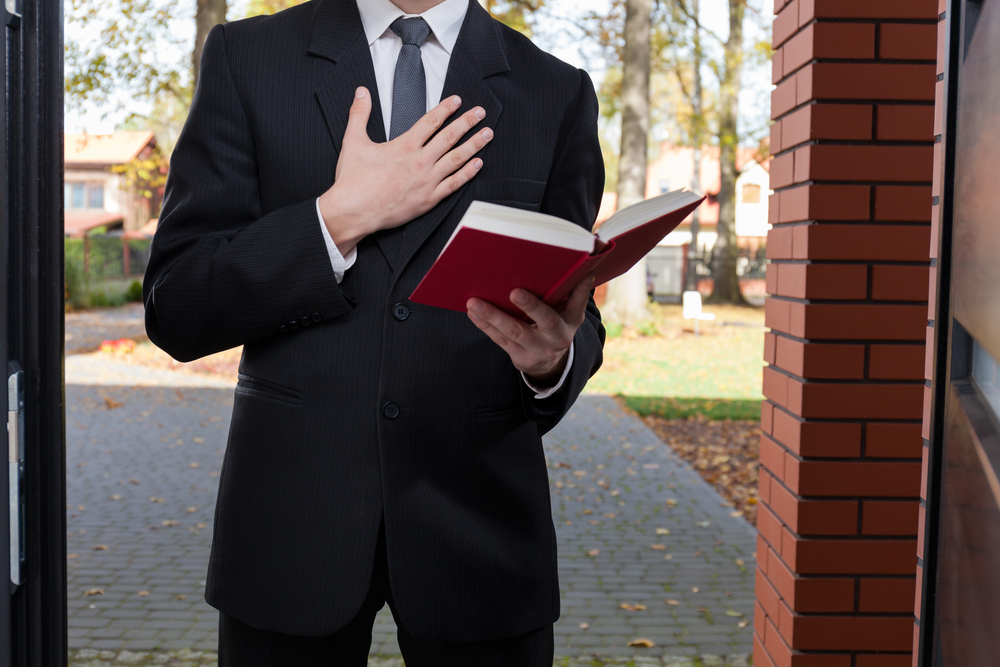 The case centers around an incident that took place on July 15, 2006.

J.W., a nine-year-old girl with Jehovah’s Witness parents, was invited to her first slumber party at the home of Gilbert Simental. He had a daughter her age, so that wasn’t too weird. Two other girls (sisters) were also at the party. These families all knew and trusted Simental because, while he was no longer a local Witness leader, he had spent more than a decade as an elder in the faith. He was a religious leader who stepped down, he said, to spend more time with his son. They believed him. They all respected him. It’s why they allowed their girls into his home.

During that party, everyone got into a pool in the backyard… including Simental. And he proceeded to molest J.W. and the sisters. He did it again later that night. The sisters eventually told their parents, who reported Simental to local Witness elders (which is what they’re taught to do in these situations).

Simental confessed to some of the allegations, and the elders basically gave him a faith-based slap on the wrist: a reprimand that had no meaning outside church circles.

Things changed only when the sisters’ school principal learned about what happened and, as required by law, reported the abuse to local law enforcement. Police soon contacted J.W.’s family asking for their story, but after consulting with the Witnesses, her father chose not to speak with the cops.

It was a year later when J.W., then 10 years old, told her parents what Simental did to her in the pool. It infuriated them, and they told the Witness elders that they wanted a restraining order against him. The elders told him not to do that since it would require informing the police about what Simental did — and they preferred to keep his actions private.

Here’s the bigger problem: There’s reason to believe the Witnesses were aware that Simental was a child molester… and they kept it from the families. Simental was allowed to be a religious leader — earning respect from the community — even though higher-ups in the religion knew that he shouldn’t be around children.

It raises an important question: How much blame do the Witnesses deserve for what happened at that pool party?

The Watchtower Society’s argument? They didn’t know Simental was a child molester, and the pool party occurred after he was no longer a religious leader, and the slumber party wasn’t a church-sponsored event, so leave them out of this.

(To be clear, I’m simplifying the details of this case and the legal journey quite a bit.)

When this case went to trial in California, J.W.’s family demanded that the Watchtower Society produce documents relating to what they knew about child molesters within the faith. The Witnesses had already admitted to keeping lists of problematic leaders along with their specific “crimes” — similar to the Catholic Church. If Simental was on that list — from 1997, nearly a decade before the pool incident — it would essentially be a smoking gun showing the Witnesses knew he was a threat to kids but did nothing about it.

But the Witnesses refused to hand over that material. They treated it like Catholics treat confession: It’s private information, they argued, and to reveal what was said internally would violate their religious beliefs.

J.W.’s family didn’t buy that argument. The information they wanted wasn’t bound by clergy-penitent confessional privilege. It’s not like Simental told the elders what he had done in order to confess his sins. He was caught. The Witnesses were merely shielding him from legal punishment.

In the criminal trial, Witnesses elders were forced to admit their practices and that the private discussions they had about abusive clergy members were not considered confidential under the law.

Mark O’Donnell, writing at JWSurvey, explains what happened next:

Gilbert Simental was found guilty of three counts of lewd and lascivious acts upon a child under the age of 14. In 2008 he was sentenced to 45 years to life for his crimes. At his sentencing hearing, a sizable group of Jehovah’s Witnesses demonstrated solidarity with Simental, appealing for a more lenient sentence. JW and her parents were treated as if they broke the congregation code of silence.

Simental’s appeal got him nowhere. He’s in prison today. But there were still so many questions about what responsibility the Witnesses had in this whole matter.

J.W.’s family wanted to know why Simental, a known pedophile, was promoted within the Jehovah’s Witnesses. Why did they allow him to be around children? Why didn’t they warn families? Why did they just give him a slap on the wrist?

In 2013, the civil trial began against the Watchtower Society, but again, the Witnesses didn’t want to provide necessary documents. They eventually lost the case. In 2015, the Riverside Superior Court of California awarded J.W. a judgment of $4,016,152.39. This past December, the Fourth District Court of Appeal in California upheld that decision.

The plaintiff [J.W.] contended that the 1997 documents [the internal ones about known molesters in the church] were needed both [to] show negligence and basis for punitive damages. Under Code of Civil Procedure §425.14, a claim against a religious corporation for punitive damages requires leave from the trial court, and such leave may be granted only upon an affidavit showing clear and convincing evidence establishing such damages.

[A judge] found unavailing Watchtower’s argument that it would take 19 years to sort through them, and also rejected the notion that they were covered by the clergy-penitent privilege. Despite the court’s order, Watchtower continuously ignored meet-and-confer requests by the plaintiff.

J.W. asked the court for terminating sanctions, which Riverside Superior Court Judge Raquel A. Marquez granted after giving the church another four days to produce the documents, which it declined to do.

You get the idea here: The Witnesses refused to hand over internal data, presumably because it would’ve been like handing over a loaded gun. So the courts had no choice but to assume the plaintiff was telling the truth and the Watchtower Society was negligent in their handling of Simental.

Now, in a Hail Mary attempt to reverse their punishment, the Watchtower Society is appealing to the Supreme Court. They want the justices to say that documents relating to child abuse within a religious group can be kept confidential.

Here’s how the Witnesses’ attorney introduces his case to the justices. You don’t need a law degree to see how he just completely dismisses the molestation.

Here, Petitioner Watchtower sought to protect confidential, intra-faith communications among clergy (elders) regarding Bible-based religious appointment processes, some of which included congregants’ penitential confessions and all of which impacted privacy rights of non-parties. California targeted the faith of Jehovah’s Witnesses and impermissibly intruded upon matters of church governance, religious doctrine, and religious practice when it ordered Watchtower to produce these intra-faith communications. Without a trial, California imposed on Watchtower an unprecedented theory of liability for a congregant’s criminal conduct during nonchurch activity (a Saturday afternoon pool party at a private home).

Watchtower attorney Paul Polidoro says the Supreme Court must consider whether California violated the Constitution when it held the Witnesses responsible for what Simental did “during non-church activity,” forced them to hand over internal communications, and punished them for protecting everyone’s “privacy rights.”

J.W.’s attorney responded to that brief last week asking the Court to flat-out reject this case.

Given Watchtower’s disrespect for the legal system, penchant for violating court orders and habitual disregard for the rules of the court from which it is begging for mercy, it is not the litigant to champion any allegedly important issue before this Court. This is not a case that warrants this Court’s time.

It’s hard to imagine the Court will say yes… but you never know.

You can hear a lengthier discussion about this case in the video below. They begin discussing this case around the 17:17 mark.

(via JWSurvey. Image via Shutterstock)

August 11, 2019
Rabbi Resigns After Second Woman Accuses Him of Harassment via Text Message
Next Post 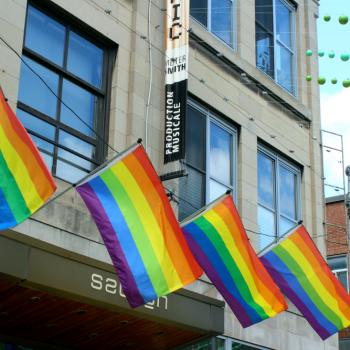