If you needed any more evidence that accusations of inappropriate conduct can be found in all religions, here it is.

Late last month, we covered the story of a rabbi who was accused of sexually harassing a soldier’s wife via text message. A second rabbi in a higher position, the woman said, ignored her complaints and ostracized her family.

Rabbi Zalman Heber admitted to sending those sexually explicit messages to Traci Moran, who is married to a soldier at Joint Base Lewis-McChord in Washington, but denied that they constituted harassment. After that story went viral, another woman came forward with harassment allegations.

Kim Shomer, 50, a Tacoma attorney, said she suffered a year of harassing text messages from Heber, the leader of the Chabad of Pierce County. The harassment culminated in the rabbi requesting a hug, which was a violation of the tenets of her faith, she said.

Shomer and her husband, Spencer Freeman, 49, were both members of the Chabad until they formally split from the Orthodox Jewish center in December when they learned of similar behavior Heber allegedly inflicted upon the Jewish wife of a soldier at Joint Base Lewis-McChord, Traci Moran.

Shomer’s story was known to members of the Chabad and The News Tribune, but she was reluctant to come forward until now.

He was yet another man in a position of divine authority who used his power to prey on unsuspecting female followers.

Fortunately, Heber has now announced that he will be resigning… though it appears that he’s still trying to hold on to one of his temple titles.

“I write to notify you that I am resigning my position as Rabbi of Chabad of Pierce County effective Sunday, August 11, 2019,” Rabbi Zalman Heber said in a statement provided to The (Tacoma) News Tribune by his attorney Friday evening. It was not clear if he was also stepping down as director of the organization.

An initial statement to The News Tribune said Heber was resigning as rabbi and Chabad director. A revised statement removed the reference to director.

“That will be determined,” Heber’s attorney, Barry Wallis, said regarding the director position.

What’s there to determine? If he actually did what he’s accused of doing, he has no credibility to run a religious organization. You shouldn’t get to step down from a religious position due to harassment allegations while clinging to your office job in the same organization. If he does keep the position, though, it’ll be interesting to see how members react. 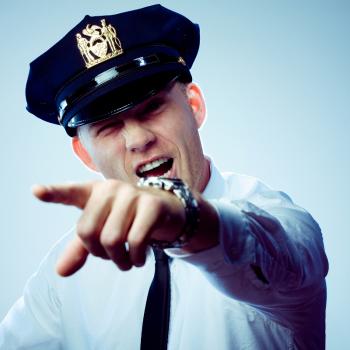 August 11, 2019 The Jehovah's Witnesses Want the Supreme Court to Help Them Cover Up Sex Abuse
Browse Our Archives
What Are Your Thoughts?leave a comment