In the summer of 2018, Muslim extremists in Nigeria attempted to kill Christian farmers in ten villages. They ultimately killed 80 people. They would’ve killed more if not for the courage of Imam Abubakar Abdullahi.

He hid 262 Christians inside his mosque and home and refused to give them up when the attackers came to his location. He even told them he would sacrifice his own life before allowing them to kill the Christians he was sheltering.

It’s just an incredible story. The U.S. government, in a rare display of sanity, gave the 83-year-old Abdullahi an International Religious Freedom Award at a ceremony last month.

But conservative activist and former state legislator Gordon Klingenschmitt said on his “Pray In Jesus Name” program that the award really belongs… to Jesus.

… In this story, we have a Muslim who is not a Christian. And by the way, I’m an evangelical Christian. I believe salvation is through Jesus Christ alone. There’s no confusion here.

A Muslim man saved hundreds of Christians… and this jerk wants to give all the credit to the Christian prophet, because no Muslim, in his mind, could possible do something that noble for someone of a different faith. As if all believers must take select verses from their holy books literally and doing anything less than that means you’re not a True Believer™.

Anyone who shows contempt for the judge or for the priest who stands ministering there to the Lord your God is to be put to death. You must purge the evil from Israel.

If your very own brother, or your son or daughter, or the wife you love, or your closest friend secretly entices you, saying, “Let us go and worship other gods” (gods that neither you nor your ancestors have known, gods of the peoples around you, whether near or far, from one end of the land to the other), do not yield to them or listen to them. Show them no pity. Do not spare them or shield them. You must certainly put them to death. Your hand must be the first in putting them to death, and then the hands of all the people. Stone them to death, because they tried to turn you away from the Lord your God, who brought you out of Egypt, out of the land of slavery.

It’s true that the Qur’an says similar things, but the point is that most Muslims wouldn’t never act on those verses and they could offer their own rationalizations for why those verses aren’t meant to be taken literally. Christians do the same thing.

To pretend that Abdullahi was rejecting Islam by helping Christians — and, in fact, doing something that is explicitly Christian — is to completely misunderstand both religions. Abdullahi did something kind and courageous because that’s who he is, whether he’s motivated by basic human decency or his personal faith. There are no doubt Christians (and atheists) who would do the same thing if the situations were reversed… I hope.

It’s not the first time Klingenschmitt has said something like this. In 2015, after three Muslims were murdered by an atheist in North Carolina, he claimed they were killed “because they think like Christians”… whatever the hell that means. 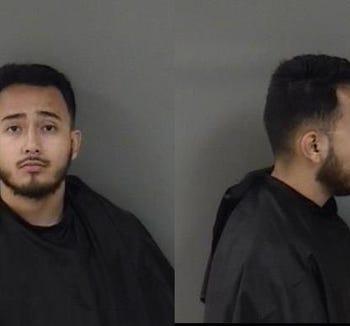 August 10, 2019
Florida Man Arrested for DUI Says He Smoked Pot to Prepare for Jesus to Return
Next Post 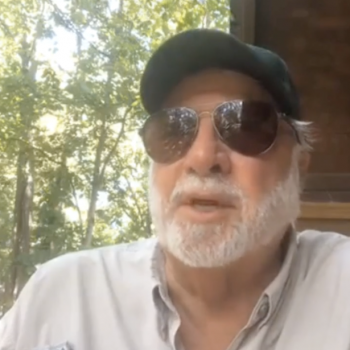