There’s a stigma surrounding the word “atheist” that suggests we’re immoral and untrustworthy. A 2011 paper found that we were less trusted than rapists. It’s the main reason being an open atheist is considered toxic in public life. Why play to your community’s worst fears?

But none of that seems to be the case in New Zealand.

The Institute for Governance and Policy Studies at Victoria University of Wellington conducted surveys asking participants how much they trust people of various religious groups. One of those surveys was completed just days before a terrorist murdered dozens of Islamic worshipers in Christchurch, so they conducted another survey shortly after that attack to see if anything changed. That’s the one that’s getting attention now.

What they found was that people in New Zealand had the most trust for Buddhists living in the country.

The least trustworthy group? Evangelical Christians. 38% of people said they have “little” or “no” trust in them while only 21% said they had “complete” or “lots of” trust.

Atheists ranked near the top, close to Buddhists. 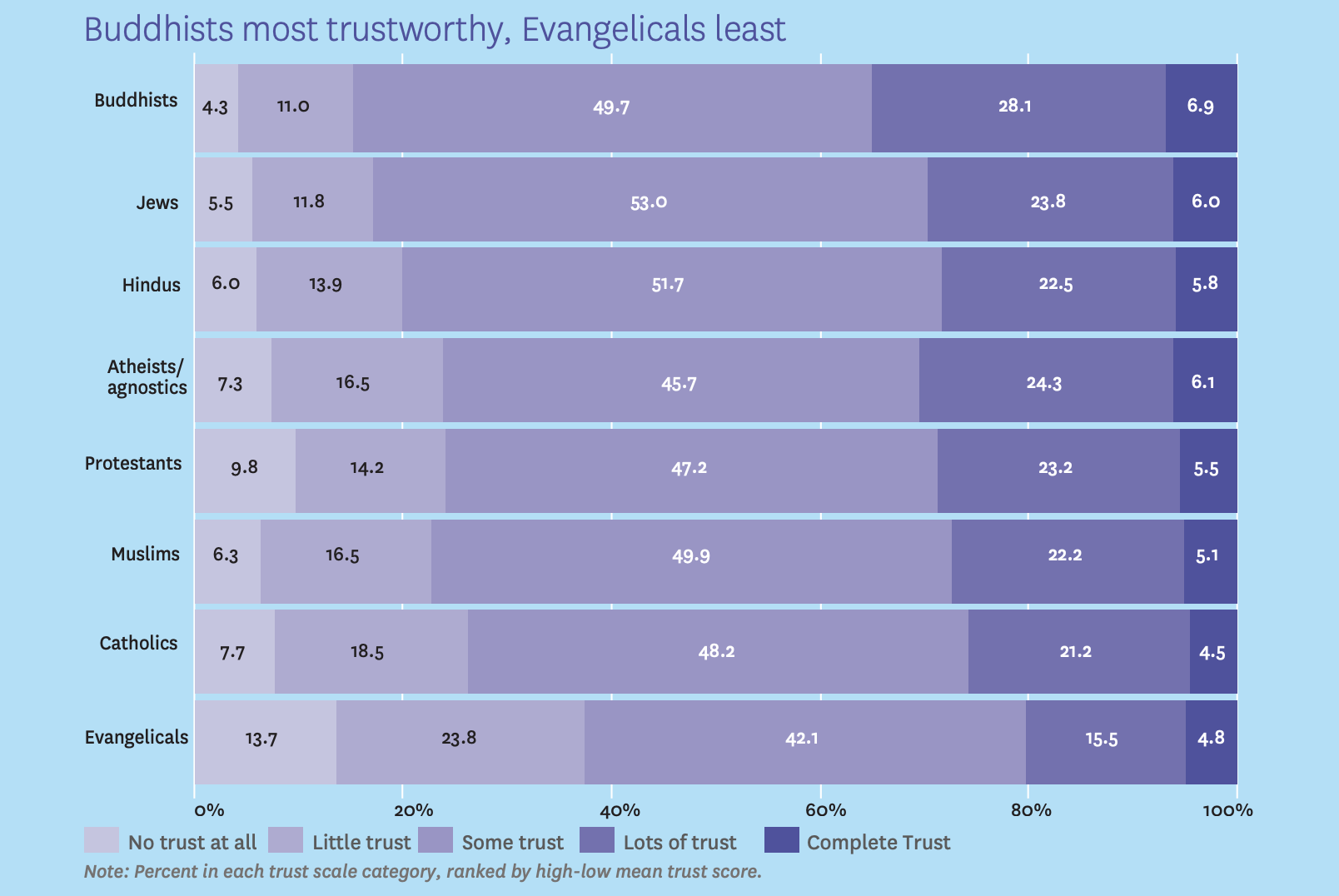 I’m just stunned by how many people say they have little to no trust of evangelicals.

There is no evidence in the trust data of local anti-Semitism or Islamophobia in the form of a trust deficit displayed towards Jews or Muslims compared to mainstream Christian denominations. But there is some evidence of moderate disproportional social prejudice towards non-mainstream Evangelical Christians, with nearly four in ten of the population distrusting them.

While the survey doesn’t get into the “why,” it’s possible that the people of New Zealand have been turned off by all the faith-based ignorance and bigotry coming from prominent evangelicals. In recent months, they’ve seen a political party launched by evangelicals who blamed earthquakes on gay people and a prominent megachurch pastor denounce an Islamic prayer offered in honor of the massacre victims. That doesn’t even get into the rampant Christian homophobia seen in nearby Australia and the white evangelicals constantly defending Donald Trump in the U.S.

When awful actions in the name of Christ are anomalies instead of daily occurrences, it’s not surprising that so many people would have such little respect for evangelicals — compared to the U.S. where Christianity-fueled cruelty is just part of our culture. Meanwhile, the New Zealanders who “live and let live,” and who aren’t going around trying to force their beliefs on the masses, do fairly well in the trust category. Just as it should be. 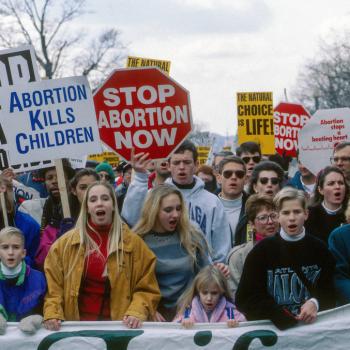 August 9, 2019
We Know Why the Christian Right Won't Accept "Thoughts and Prayers" for Abortion
Next Post