On his first day as principal at Gaines Elementary School in Athens, Georgia, Luther McDaniel sent a letter to a Christian organization inviting them to transform the entire school. 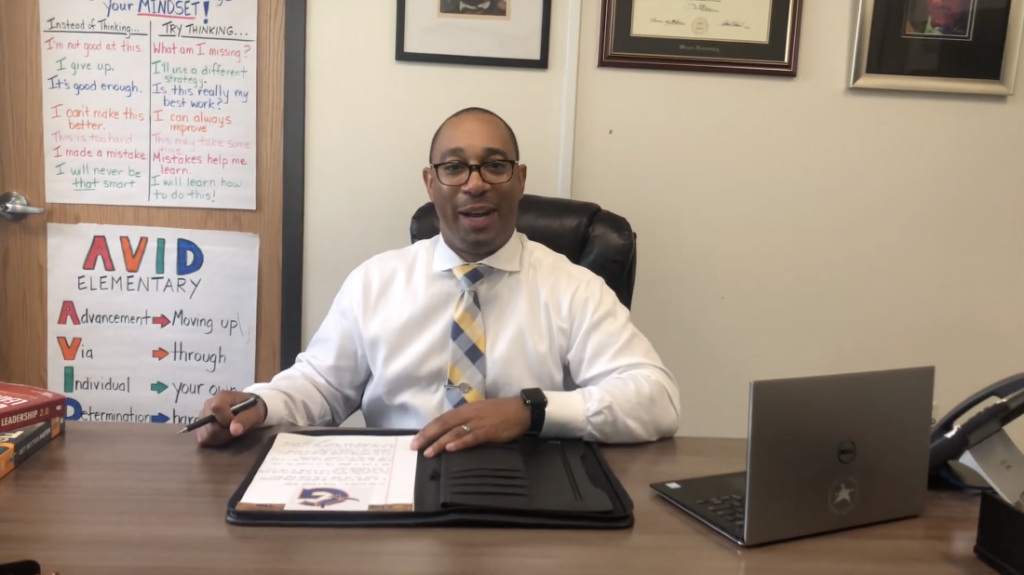 McDaniel told the Athens Prayer Network that he was “seeking the Lord to lead a transformation of this entire school community.” To that end, he wanted to “invite the Holy Spirit to permeate our school campus” by having the prayer group attend a community gathering to “surround our entire school in prayer.” 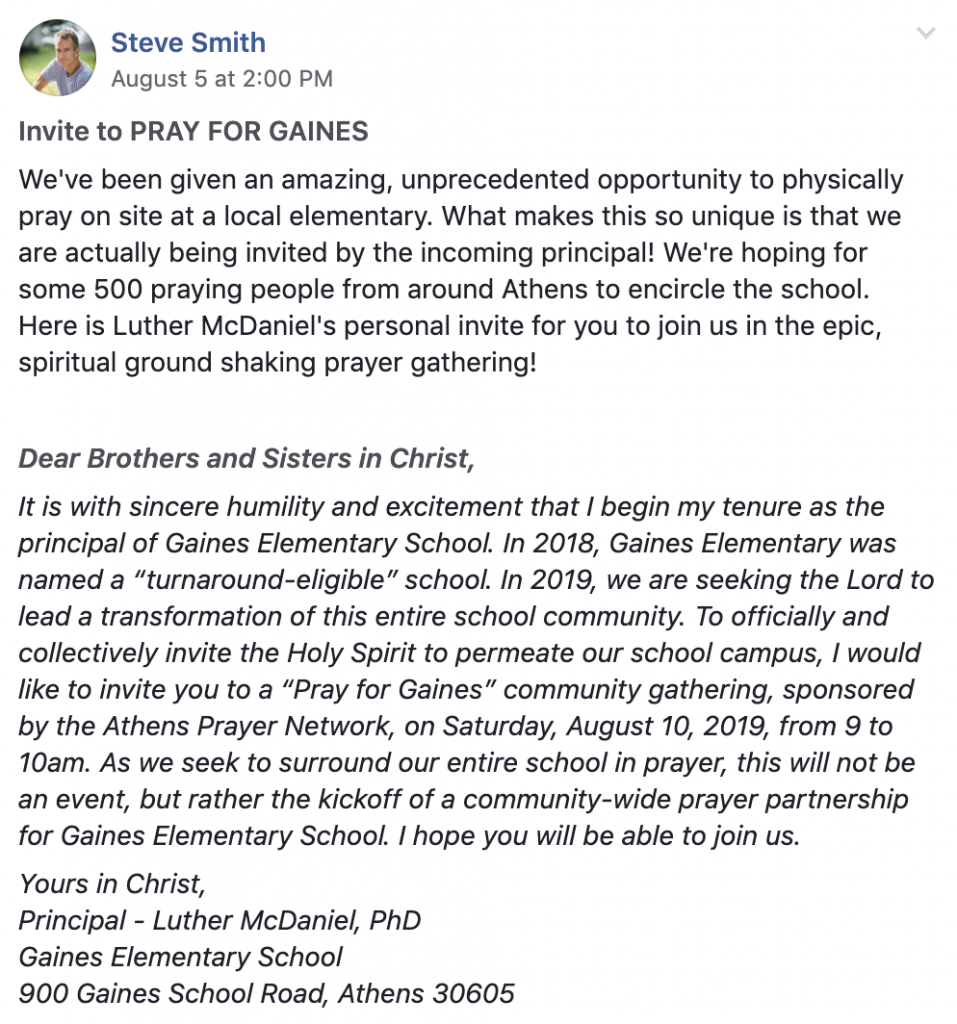 Mind you, the Christian group could’ve done all this on their own. They’re absolutely allowed to wrap arms around the building when class isn’t in session, say magic words, and convince themselves they’ve done something useful. They’d be deluded, but they wouldn’t be doing anything illegal. It’s a different story when the principal, acting in that capacity, formally invites them to do it. That’s just government endorsement of religion.

When complaints about the letter got back to the school district, McDaniel issued a perfunctory apology, saying the letter was “intended solely for local pastors,” as if that made any difference. Breaking the law in private doesn’t make it okay. But at least he admitted it “reflected poor judgment.”

He went on to say — and this was much more appreciated — that he “pushed the boundaries,” that it was “not an appropriate message from the principal of a public school,” and that he expressed regret for effectively casting aside Jews and atheists and Muslims as he prepared for the new year.

That letter was also posted on the Prayer Network page.

What’s unclear is whether the District acknowledges that he violated school policy and whether he’ll be on notice going forward. I’m sure they’d love to ignore this completely, but a principal whose first act is to cosplay as a pastor while on the clock shouldn’t be allowed to write this off as a minor issue. It wouldn’t be a small deal if he promoted Islam or atheism this way, so why shouldn’t he be punished for promoting Christianity?

(Screenshot via YouTube. Thanks to Steven for the link) 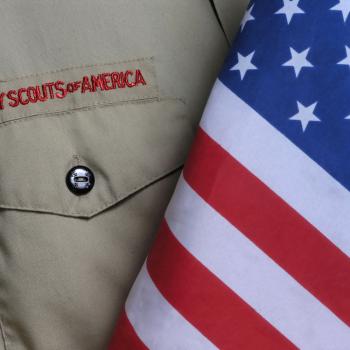 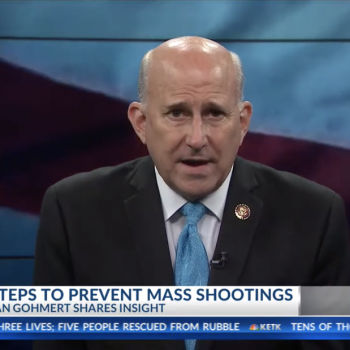