Mike Huckabee: Prayer Is The “Only Thing” That Will Stop Mass Shootings August 6, 2019 David Gee

Mike Huckabee: Prayer Is The “Only Thing” That Will Stop Mass Shootings

Former Republican presidential candidate Mike Huckabee is pushing back against those of us who say “thoughts and prayers” aren’t enough to solve gun violence, claiming, in fact, that appeals to God are the “only thing” that will help.

Huckabee, the father of former White House Press Secretary Sarah Huckabee Sanders, wrote that he will continue to pray for victims (as if anyone was stopping him) despite repeated calls for concrete solutions that could prevent shootings, including tightening regulations on assault-style rifles and creating stronger mental health safeguards. 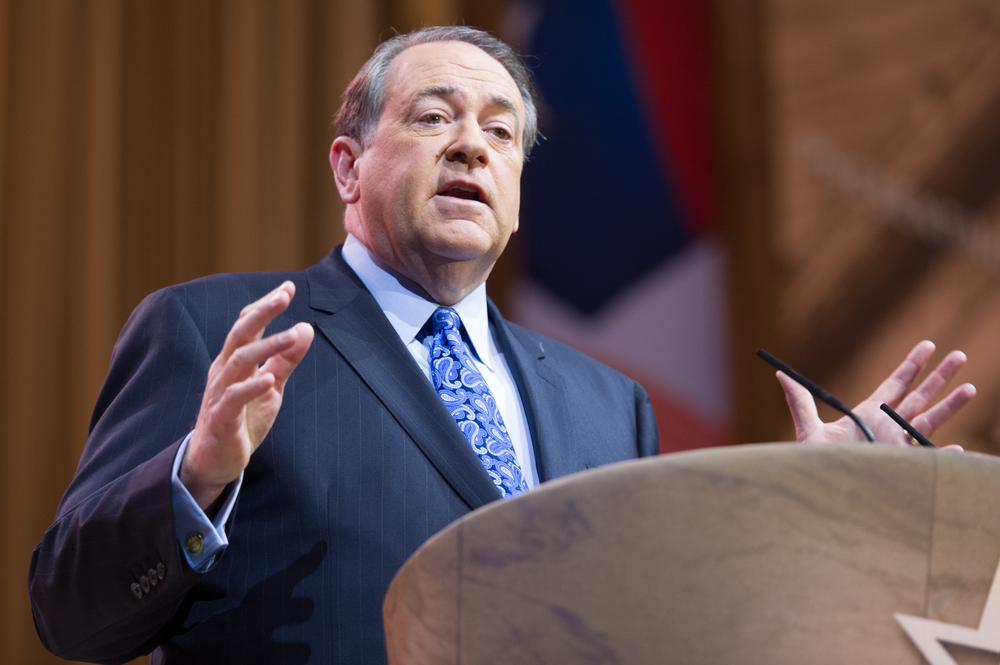 Of course, the Huckster sees it differently:

Despite all those who are denouncing the idea of prayers for the victims (do a Google search for “Thoughts and prayers are not enough” and see how many hits you get), I will continue to pray for the victims and their families and for an end to this mindless violence, and I hope you will, too. In fact, amid all the finger-pointing and blame-laying and repulsive attempts to turn these tragedies to political advantage before the bodies are even cold, I would posit that the lack of thought and prayers is probably the single biggest factor in what is behind them.

This is what happens when, instead of fixing a problem, you choose to ignore it. Huckabee says he doesn’t want to “politicize” these deaths, but ignoring potential solutions by pleading to a Higher Power to step in is politicizing them. Doing nothing is a choice. It’s the wrong one.

Huckabee goes on to blame the media and the “left” for the racial divisions in our country — divisions that have always existed but have been exacerbated by Donald Trump. He also engages in “whataboutism” by bringing up unrelated shootings in Chicago by claiming race and gun laws aren’t the issue because there is violence in other cities.

In his conclusion, Huckabee asserts that the only answer is teaching children about the Golden Rule and the Ten Commandments. As if the shooters were unaware of the existence of morality, and as if reading a list of archaic rules that include not taking the Lord’s name in vain will prevent gun deaths in the future.

Until then, passing more laws and pointing more fingers is just rearranging the deck chairs on the Titanic. That’s why I will keep ignoring the scoffers and saying prayers and urging everyone to join together and do the same.

It’s not a meaningless gesture. It’s the only thing that’s ever really going to help.

It’s bad enough when you argue that passing laws is useless compared to hoping some monster in the sky will take care of it all. It’s even worse when those words are coming from a politician whose family has serious influence in GOP politics. Why go into politics if your solution to everything is appealing to God?

Not only is prayer not the “only thing” that’s ever going to help, I’d argue that the mindset that leads to prayer as a solution is exactly why we don’t already have laws to protect us from this type of mass shooting behavior. 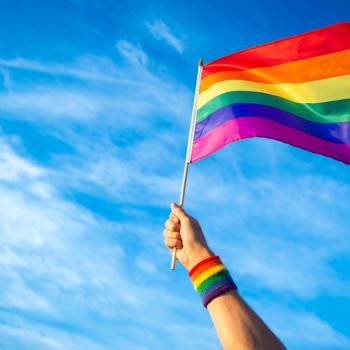 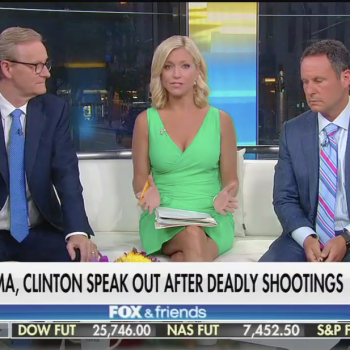