FOX Host: The Dayton Tragedy Occurred Because the Shooter Didn’t “Fear the Lord”

This morning on FOX & Friends, host Ainsley Earhardt effectively blamed the mass shooting in Dayton on atheists, saying that the incident is “what happens when you have someone who doesn’t fear the Lord, who doesn’t fear God.”

… Evil goes back to the beginning of time. There have been evil people in every single government. And this is what happens when you have someone who doesn’t fear the Lord, who doesn’t fear God. Who doesn’t, as Mike Huckabee was saying, who doesn’t value human life.

None of the shooters said they were targeting religious people. Plenty of people who believe in God, on the other hand, have supported violence and cruelty — just look at the Christians in the Trump administration supporting the death penalty, calling for more war, and torturing refugees.

What the shooters have in common is that they were inspired, according to their own writings, by right-wing propaganda that treats immigrants as an “invasion” that must be stopped at all costs. In other words, they were inspired by the sort of hate regularly promoted on FOX News.

We have a white nationalism problem in this country. If you’re looking for some scourge of logic, I suppose you can point to Neil deGrasse Tyson‘s recent thoughtless tweet, but that’s about it. Atheist groups, by and large, promote civil rights and evidence-based policies, neither of which can be found in this Republican administration.

Whatever you do, don’t look to Ainsley Earhardt for wisdom. After all, she’s the one who said we should respond to school shootings by forcing kids to listen to Christian prayers in school and who said church was the best place to get shot since you’d be closer to Jesus.

She also blamed the Las Vegas shooting, which took 59 lives, on atheism, despite no evidence pointing in that direction. 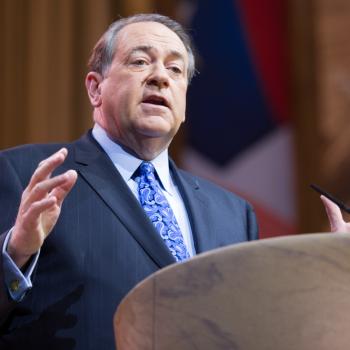 August 6, 2019
Mike Huckabee: Prayer Is The "Only Thing" That Will Stop Mass Shootings
Next Post 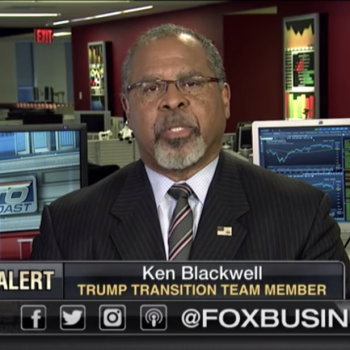