Ohio State Representative Candice Keller, a Republican from an area about 30 minutes south of Dayton, offered her own explanation for why a young man murdered nine people and injured more than two dozen others later Saturday night. 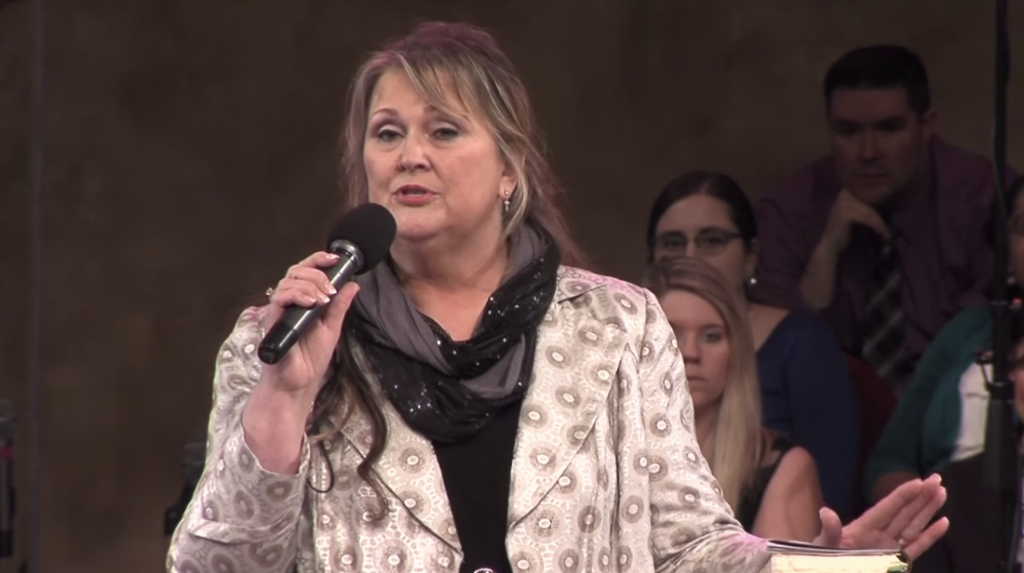 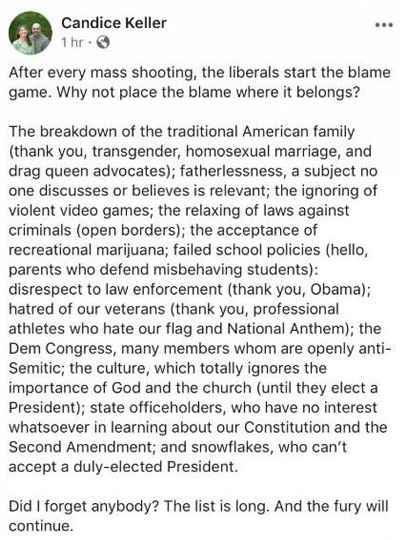 Guns are nowhere on the list. However, she opens the post by trashing liberals who “start the blame game” after mass shootings. (How’s that for hypocrisy?)

When a local CBS affiliate spoke with Keller by phone, she said she posted the message to her “private, personal page”… even though her campaign Facebook page has been taken down, and even though (as you can see from the screengrab) she posted that message publicly.

Just last month, Keller was the subject of ethical investigations for sponsoring a bill that would directly benefit an anti-abortion “health center” she runs. But you can tell taking the moral high ground isn’t really her thing.

Keller was elected in 2016, running as a pro-gun, anti-abortion, anti-healthcare, pro-God candidate. (Critical thinking clearly isn’t among her skill set.) While in office, she compared Planned Parenthood to Nazis, appeared on a White Nationalist’s radio show, and tried banning sanctuary cities.

She is now running for State Senate.

(Featured image via YouTube. Thanks to Chris for the link) 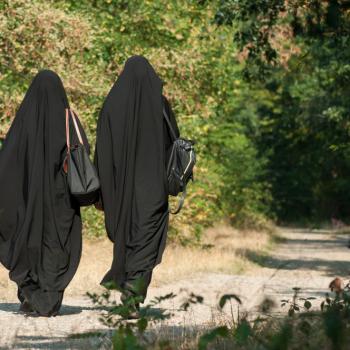