Rep. Jared Huffman on Atheists in Congress: “I Have Many Fellow Travelers” August 3, 2019 Hemant Mehta

Rep. Jared Huffman on Atheists in Congress: “I Have Many Fellow Travelers”

There’s a nice profile in The Guardian today, by Washington correspondent David Smith, of Rep. Jared Huffman, the only non-religious member of Congress. In 2017, he announced that he was a Humanist — and it became “politically official” this past April. 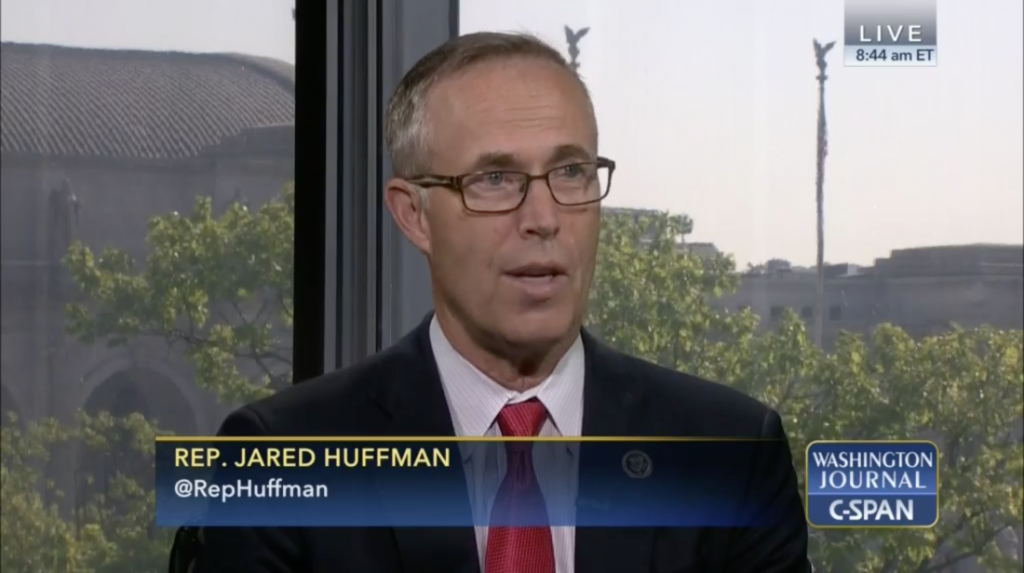 If you’re already familiar with his story, you won’t find anything revealing in there, but two quotations definitely stand out. The first is whether or not Donald Trump is a “secret atheist.” Even though he has surrounded himself with conservative Christians and tried, pathetically, to pass himself off as a devout man, some people have speculated that he’s not religious at all. What does Huffman say about that?

Asked if he suspects Trump himself is a secret atheist, Huffman said: “I think he’s a narcissist. He worships himself.”

Truer words have never been spoken. I don’t think he’s an atheist, for what it’s worth. If anything, I might call him an apatheist. He doesn’t think about religion at all because he doesn’t think, period. He’s lazy and ignorant, not actively non-religious — or anything else, for that matter.

The other line that caught my attention was when Huffman was asked if he’s the only non-religious member of Congress. On paper, that’s true (though Arizona Sen. Kyrsten Sinema is technically “Unaffiliated”), but Huffman suggested there were others just like him.

“I have many fellow travellers, very few publicly. I think there’s still fear of this conventional wisdom that being an atheist or agnostic or a non-believer is somehow the worst possible thing in politics. My experience has been that that’s not the case, but how you do it matters.”

That’s what I’ve heard anecdotally, too. (It’s not just Democrats, either.) It’s amazing that some politicians think aligning with Trump is more politically useful that saying they don’t believe in God, but there’s U.S. politics in a nutshell. I would hope that politicians in safe seats — or heading into retirement — announce their atheism at some point. Like Huffman says, it’s not as politically toxic as it used to be. (Rep. Pete Stark came out as a non-theist in 2007, and he lost his seat in 2012, but the latter wasn’t caused by the former.)

I’m surprised the article didn’t even mention that Huffman is one of the chairs of the Congressional Freethought Caucus, which currently includes ten members. If anyone’s going to come out as non-religious, you’d think it’d be one of them. Still, the piece is a good introduction to Huffman. You can see why being open about his atheism hasn’t affected his standing among constituents. He talks about it as one of many traits, not the biggest thing that defines him, and he’s certainly not anti-religious. When you speak about religion that way, it really blunts the political repercussions.

August 3, 2019 Eight Covington Catholic Kids Sue Elizabeth Warren and Others for Defamation
Browse Our Archives
What Are Your Thoughts?leave a comment