Christian pseudo-historian David Barton has made a career out of distorting the words of the Founding Fathers in defense of Christian Nationalism. His latest escapade? Saying that religious people get more free speech rights than everybody else. (All speech is free, but some speech is more free than the rest.) 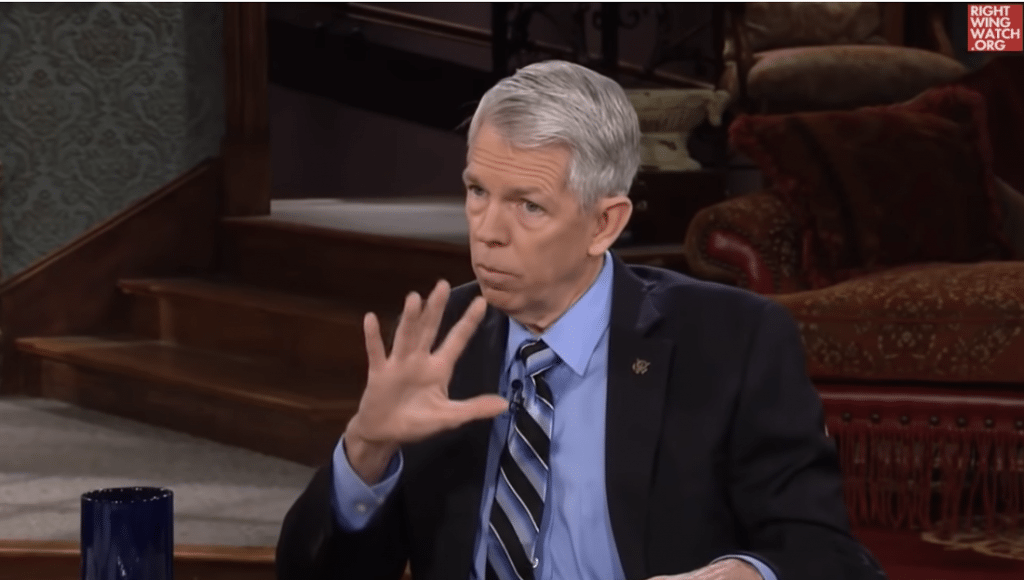 In fact, Barton said on his “WallBuilders Live” radio show, religious people have three times the free speech as everyone else.

Barton said that while everyone has a right to free speech, religious speech and expression are “protected by three clauses,” which means that his speech is entitled to “more protection, if you will, than just normal, secular speech.”

“It gave me more protection because I get my speech but if it’s religious, I get it twice, and [if] it is religious with others, I get it three times,” Barton claimed. “In addition to free speech, there is also free exercise of religion, which often involves free speech. For me to exercise my faith means I will speak about it, I will live it out, I will activate it, I will do it. And, by the way, I have the right to assembly, so I can get together with other believers and we can act out our faith … While religious folks have at least three different forms of protection under the First Amendment for their speech, secular folks have their protections as well for speech and assembly, but they just don’t have the same religious motivations.”

None of that makes any sense. There’s no right that religious speech gets that’s more powerful that non-religious speech (or anti-religious speech, for that matter). How the courts interpret the Constitution may give conservative Christians some advantages, at least right now, but that’s a political problem, not a constitutional one.

Even Barton’s son tried to say that, telling him all speech was equally protected, religious or not, but Barton wasn’t having it.

You know how used bookstores sometimes have bins of books that they’re just giving away? If you want it, take it? Barton makes it sound like if those books have a 50% off sticker on them, and he uses a coupon, that book is even more free. It’s not. It’s the same price.

But Barton, who’s three times dumber than your typical right-wing Christian, insists he’s getting a special deal. Because, as I’ve said so many times before, conservative Christians are never satisfied with neutrality and fairness. They always want special benefits or they think they’re being persecuted. 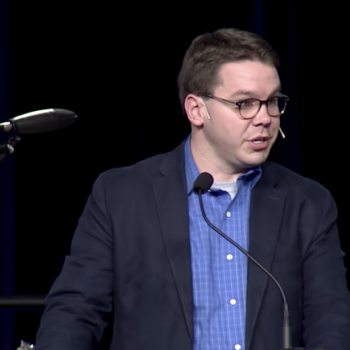 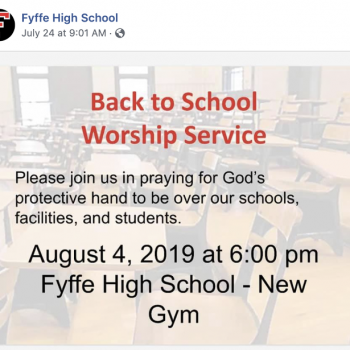 August 1, 2019 Fyffe High School (AL) Illegally Promotes "Back to School Worship Service"
Browse Our Archives
What Are Your Thoughts?leave a comment