***Update***: The Tega Cay Police Department says it has removed the monument for the time being, until they can figure out what to do next. (The answer is nothing. Do nothing. The monument is not necessary.)

Earlier this month, the Tega Cay Women’s Club in South Carolina gifted the local police department with a large stone that had the department’s logo painted on it. 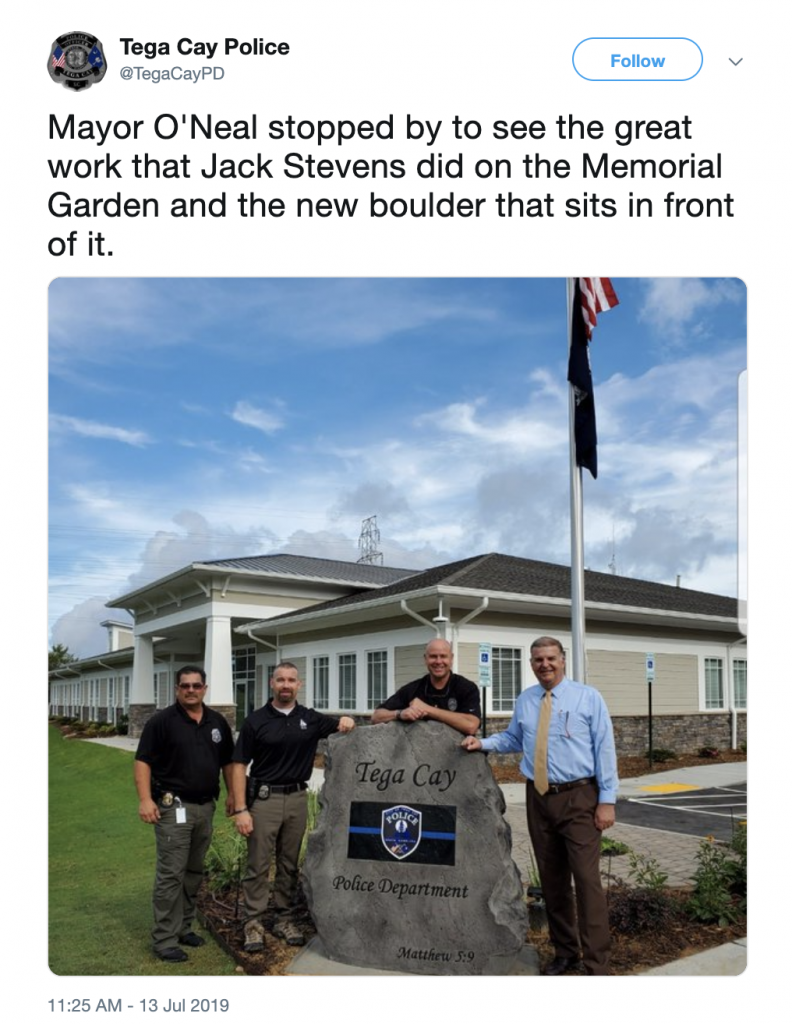 Seems fine… until you realize the bottom of that design has the words “Matthew 5:9,” the Bible verse that includes the phrase “Blessed are the peacemakers.”

On the back of that stone is what’s known the “Police Officer’s Prayer,” which calls on the “Lord” to give officers courage, strength, and continued dedication to the job.

Bottom line: The police department installed a Christian monument outside the building. It’s absolutely illegal, and we know that because a similar monument referencing Islam or atheism or Satanism would never be permitted there.

Complaints flowed into the station as soon as that stone went up, and city officials agreed that this promotion of Christianity would lead to a lawsuit that they would inevitably lose.

“We talked to our attorney about it and he said they’re probably going to sue you,” said Mayor David O’Neal, also a campaign leader for U.S. Congressman Ralph Norman in past runs. “He said we’d have to hire a lawyer and it might cost $30,000 to $50,000 to fight it, or you can just move the offensive language.”

But instead of just removing the monument, they handled this the worst possible way: by literally crossing out the words “Lord” and “Matthew 5:9.” 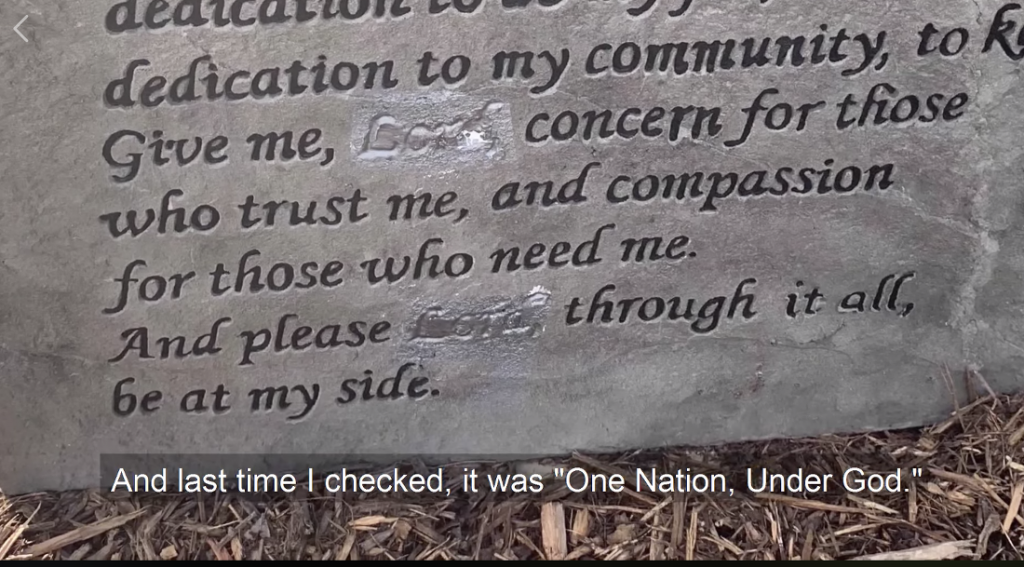 S.C. State Rep. Bruce Bryant, R-York, was outraged the Biblical verse was removed. Bryant retired as York County Sheriff in 2017 after 20 years in office and 44 years in law enforcement.

“To say I am disappointed is an understatement,” Bryant said. “Law enforcement is a calling, a calling for men and women by God to protect the communities they serve. These principles of courage and faith are what this great state and nation were founded upon.”

Notice how Bryant lied there. Courage is no doubt an important characteristic for law enforcement officials. But faith is not. Christianity is definitely not. Believing in the Jesus myth is not a prerequisite to being a cop. To pretend otherwise is an insult to all the men and women who aren’t Christians but risk their lives for the community anyway.

Rep. Ralph Norman, a Republican representing that SC district, even released a campaign video denouncing the scratching out of his personal God’s name — as if Congress could somehow override this.

“Our creator gave us our God-given rights. The last time I checked it was one nation under God. To have this scratched out is sad, to say the least. That’s why we’re fighting in Washington, D.C., to put God back in public buildings like this, put God back in our schools. This is sad and never should happen,” Norman said.

Climate change is an existential threat to humanity. Our health care system has been sabotaged by Republicans. The GOP is mired in scandals. But ignoring the law and shoving Christianity in public buildings — presumably to let Jews and brown people know they’re not True Americans — is Norman’s priority in Congress.

That video doesn’t include any nuance, either, about why the word was scratched off. Norman never tells his constituents that their tax money would be used to pay out any legal fees after the city loses a lawsuit.

All that said, the decision to just scratch out the words is just weird. You can still see them! The prayer doesn’t make any sense when you take those words out. People will know what goes in those blank spaces — and it ultimately sends the same message as the original monument.

They need to remove the stone altogether. Right now, it’s nothing more than a monument, supported by the city, meant to rile up conservative Christians who think it’s not religious enough for their tastes.

I don’t see how drawing more attention to the multiple mentions of “Lord” and a Bible verse is going to keep things neutral. If a lawsuit is filed, any decent judge would just laugh off this supposed attempt at correcting the mistake before ruling against the city.

Christians created their own persecution narrative here, and no one should be gullible enough to buy into it. 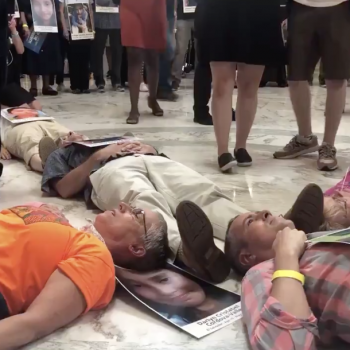 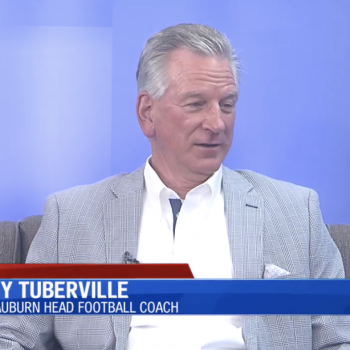