While white evangelicals continue defending Donald Trump despite his administration’s cruel and inhumane treatment of refugees, hundreds of Catholics protested that treatment outside the White House on Friday, leading to dozens of arrests.

Organized by a coalition including more than 15 Catholic groups, the “Catholic Day of Action” was a welcome sign of faith-based voters demanding better from this Republican government. 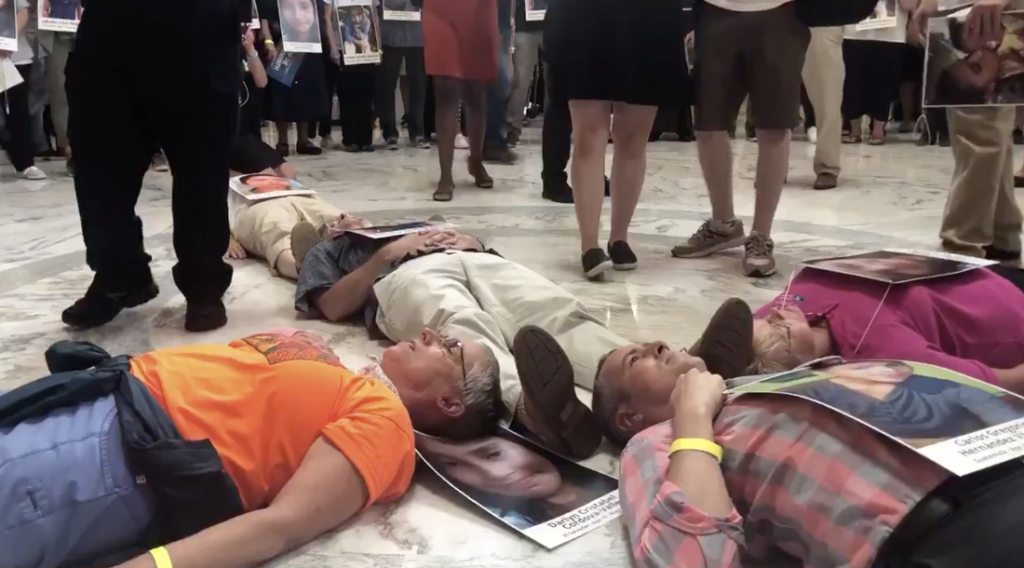 “We hope that by being here and putting our bodies on the line, we can give people, members of Congress, courage to do the right thing,” said Sister Marge Clark, from the Sisters of Charity of the Blessed Virgin Mary. “It’s important to go beyond words, to put your body where your words are, where your beliefs are.”

“We are here today because of our faith. The gospel compels us to act,” Sister Ann Scholz, associate director for LCWR’s social mission, told the crowd. “We are outraged at the horrific treatment of families and especially children. The inhumane treatment of children being done in our name must stop.”

Catholics — and Christians in general — have earned a bad reputation for caring more about unborn fetuses than people whose views or backgrounds they may oppose. (The reputation isn’t undeserved). But seeing people actually live out their faith, putting to action the commands of Jesus instead of just using God’s name in defense of their political goals, is encouraging, just as it’s promising to see a rise of the Religious Left in general.

Not every self-professed Christian is a racist hypocrite — which isn’t news unless you only deal in stereotypes — but sometimes it helps to see that in action. Even Pope Francis has spoken out in support of refugees and immigrants seeking asylum.

This protest wasn’t unique either. Earlier this month, several dozen Jewish protestors were arrested outside of an ICE detention center in New Jersey.

For all the harm that’s being done in the name of religion, the religious people refusing to accept what’s happening deserve praise from all of us — even people who don’t believe in God. You don’t have to agree with their beliefs to support what they’re doing here. 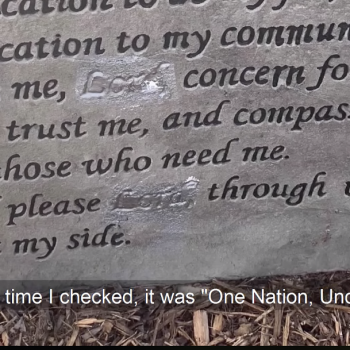 July 24, 2019 SC Police Hastily Scratch "Lord" and "Matthew 5:9" Off Monument to Avoid Lawsuit
Browse Our Archives
What Are Your Thoughts?leave a comment