Christian preacher Lance Wallnau, recently seen selling a special coin depicting the biblical Cyrus and Donald Trump, is planning a Labor Day gathering for conservative Christians at Trump international Hotel in Washington, D.C. because that hotel “has angelic activity at a different level.”

Never before has the demand to go to Hell been so high.

For $997 a person, you can join Wallnau in order to “discover Mastery, Models that work, and Methods to accelerate your success and your access through the OPEN DOOR- while it is open.” Which sounds like a long way of saying absolutely nothing.

Peter Montgomery at Right Wing Watch has more about the shameless money grab:

Wallnau does promise that some “surprise guests” will be appearing, along with evangelist Mario Murillo, who recently battled with Satan for spiritual control of the Highway 99 corridor in California.

Who wouldn’t shell out a few thousand to meet that guy?

Wallnau doesn’t want people to think about the costs, either, given how he’s pushing the guilt factor:

Here’s the kick to get you moving. You have promises or prophecies that have not come to pass? Well, God is faithful to do what He promised. BUT NEVER FORGET — GOD’S PROMISES HAVE TIMING, AND THAT INCLUDES EXPIRATION DATES!

God loves you… unless it’s an hour later, in which case, He’s long gone. Got it.

None of this is surprising coming from Wallnau, who has used Trump’s prominence to promote his own brand of Christian nationalism. There’s only a year left before that business model fades away — hopefully — so he’s eager to cash in while he can. 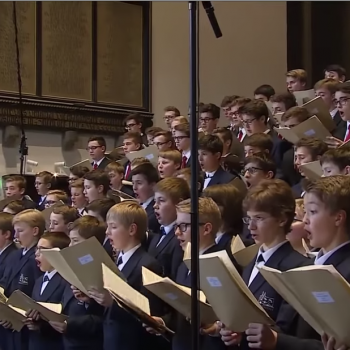