For 25 years, Father Oscar Diaz was a Catholic priest, most recently serving at Resurrection Parish in Santa Rosa, California. He’s worked at seven churches throughout his career. But that career may soon be over because of a scandal that (thankfully) doesn’t involve any sort of sexual abuse.

Diaz was in a car crash last week where he suffered a fractured hip. He went through surgery and is currently recovering. When emergency workers were going through the wreckage, however, they found a stash of money in the back of the car. All together, they found more than $18,000 in cash just sitting there.

The money was stolen from the church.

Then things got worse: When law enforcement officials looked into it further, they found another $77,000 in his possession… all apparently taken from the various churches in which he had worked.

Bishop Robert F. Vasa is now in the awkward position of trying to explain what happened while trying to decide whether charges should be filed against one of his own people.

“This money was associated with Resurrection Parish in Santa Rosa where Father Oscar was pastor,” said Bishop Robert F. Vasa in a diocese news release. “After an initial investigation and several interviews, the police determined that the protocols surrounding collection accounting would make it difficult to arrive at sufficient proof of theft to pursue criminal prosecution.”

“There is also evidence that money was stolen in a variety of ways from each of the Parishes where he had served as pastor,” Bishop Vasa said. “I am deeply grieved that this has happened and am deeply saddened that the parishes he was sent to serve have been harmed. The full extent of the theft is not known and may never be fully known but the Diocese is committed to determining as fully as possible the extent of the theft from each of these parishes.”

Still, Vasa says Diaz might not work in the Church anymore. Maybe. Possibly. Who knows. He’s Catholic. Isn’t that enough for you people?!

For now, Diaz hasn’t said anything because he’s still recovering. Can’t wait to hear his explanation. Should be fascinating. I’m mostly wondering why he hoarded all that money without ever spending it. What was he planning to do…?

Vasa said the Church would “replace the stolen money.” I suppose that’s a good thing. If you’re Catholic, though, you should seriously think twice before giving another penny to the Church. It’s obviously they have so much of it they don’t even notice when tens of thousands of dollars just disappear. 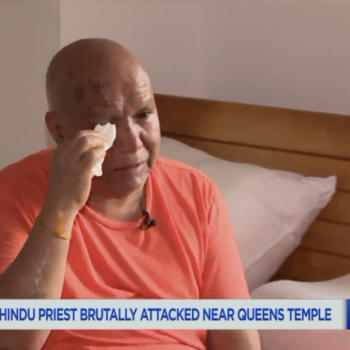 July 22, 2019
Hindu Priest Attacked by NY Man Who Allegedly Yelled "This Is My Neighborhood!"
Next Post 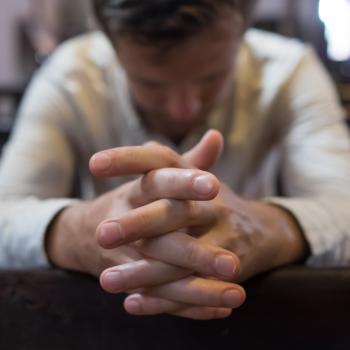