Sign at “Friendship” Baptist Church in VA: “America: Love or Leave It”

There are churches that preach kindness and tolerance.

This isn’t one of them.

The badly misnamed Friendship Baptist Church in Appomattox, Virginia put one of the most infamous MAGA-isms on the board outside their building, echoing Donald Trump‘s racist demands for four congresswomen of color to go back to “where they came from” — never mind that all four are legal American citizens and three were born in the U.S. 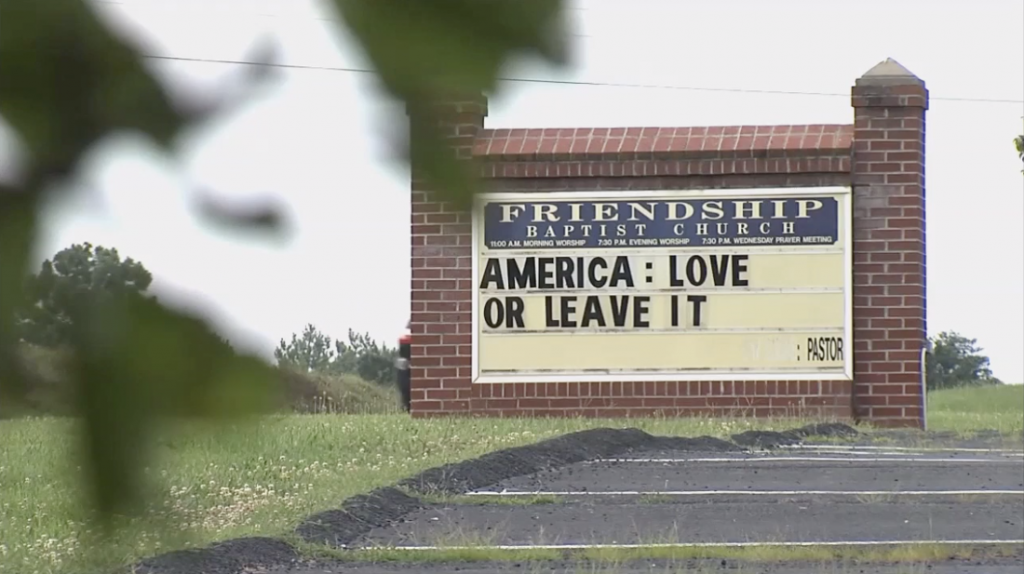 “I thought I was going to make some remarks regarding the situation in Washington,” Pastor E.W. Lucas told ABC13. “It just came to me … America, I love it. If you don’t love it, leave it.”

Ideally, Christians would know what sincere and humble rebuke looks like. A country with a long (and ongoing) history of racism and oppression of minorities needs it, desperately.

Furthermore, this “love it or leave it” rhetoric is completely ignorant of biblical history. It’s like they’ve forgotten, or are selectively ignoring, how Jesus and his parents were once refugees in a foreign land. Much like the immigrants from south of the border, they had to flee their homeland when their lives were in danger. The entire Jewish faith is predicated on the escape from slavery into freedom in a new promised land. And there are too many Bible verses to count about the importance of loving the immigrant and the strangers among us.

But those things would only matter to someone who’s read the Bible.

White evangelicalism stopped being about Jesus a long time ago. It’s been warped into a synonym for white nationalism. (Ironic considering Jesus wasn’t white.)

When you worship the Republican Party, cruelty and a complete lack of empathy are inevitable results. 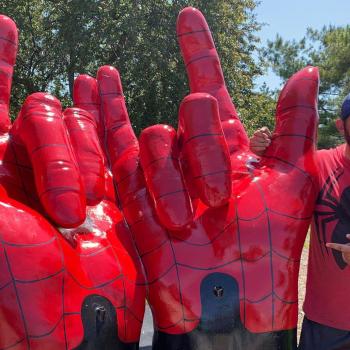 July 18, 2019
NE Woman Demands Spiderman Sculpture Come Down Because She Thinks It's the Devil
Next Post 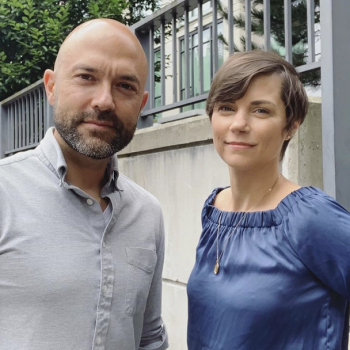