In news that surely marks the end of an era, Joshua Harris has announced that he and his wife Shannon are separating.

Why is that noteworthy? Because Harris is the infamous author of I Kissed Dating Goodbye, the 1997 book that jumpstarted the “purity culture” movement among evangelical Christians. He got married to Shannon a few years after his book was released and wrote about the relationship in Boy Meets Girl: Say Hello to Courtship (2000).

We’re writing to share the news that we are separating and will continue our life together as friends. In recent years, some significant changes have taken place in both of us. It is with sincere love for one another and understanding of our unique story as a couple that we are moving forward with this decision. We hope to create a generous and supportive future for each other and for our three amazing children in the years ahead. Thank you for your understanding and for respecting our privacy during a difficult time.

The man who urged Christians to embrace “purity” if they wanted a happy marriage is now ending his own.

We’re not saying that with any delight or schadenfreude. The couple has three kids who will be affected by this, and what they’re all going through is entirely between them. We don’t know why they’re separating, and frankly, it shouldn’t matter.

But it’s still worth mentioning because Harris is best known for telling other people how to conduct their relationships.

His book, which came out when he was only 21, advised an entire generation of Christians to practice “courtship” instead of dating, the latter of which he saw as a “fast track” to divorce. Harris also advised against “emotional infidelity” — that is, falling in love with someone whom you don’t eventually marry.

His words were embraced by untold numbers of parents, youth pastors, and other church authority figures. Consequently, many people took his words as gospel, and ended up marrying the first person they ever had a crush on, at extremely young ages, with no prior relationship experience.

A few years ago, Harris went on an apology tour of sorts, saying he regretted wrecking so many people’s lives. Many of his former fans, however, found his apologies empty and insincere. While he said the book would no longer be printed (or reprinted), Harris didn’t really acknowledge that he was wrong in principle. He still rejected LGBTQ relationships. While he now said that dating might have its benefits even if it didn’t lead to marriage, he blamed people for how they followed his advice, not the crux of the advice itself.

And now the man who convinced countless Christians to jump into a marriage before ever truly knowing themselves will be single once again.

Tempting though it may be to gloat about this news, keep in mind that Harris was indoctrinated, too. While he is fully responsible for perpetuating toxic ideologies as an adult, he grew up in the same toxic purity culture that he encouraged with his readers. He likely didn’t know any better when he inadvertently became the father of a movement.

The news of his separation essentially confirms what we already knew: Purity culture makes extraordinary promises that it ultimately cannot keep.

The prevailing message of I Kissed Dating Goodbye was this: Follow these rules, and your marriage will be safe. Your relationship will be happier and more successful than those of your peers who dated around before settling down.

It’s long past time for the “purity” advocates to update their guidebooks. 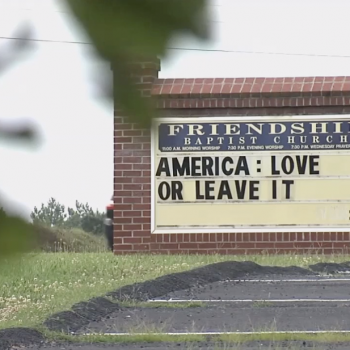 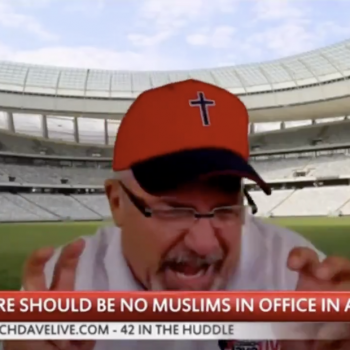 July 18, 2019 Dave Daubenmire Trashes Muslims in Politics: "Multiculturalism is Cultural AIDS"
Browse Our Archives
What Are Your Thoughts?leave a comment